Casino unions across the country are calling on gaming operators to continue paying their workers despite their businesses being forced to temporarily close. 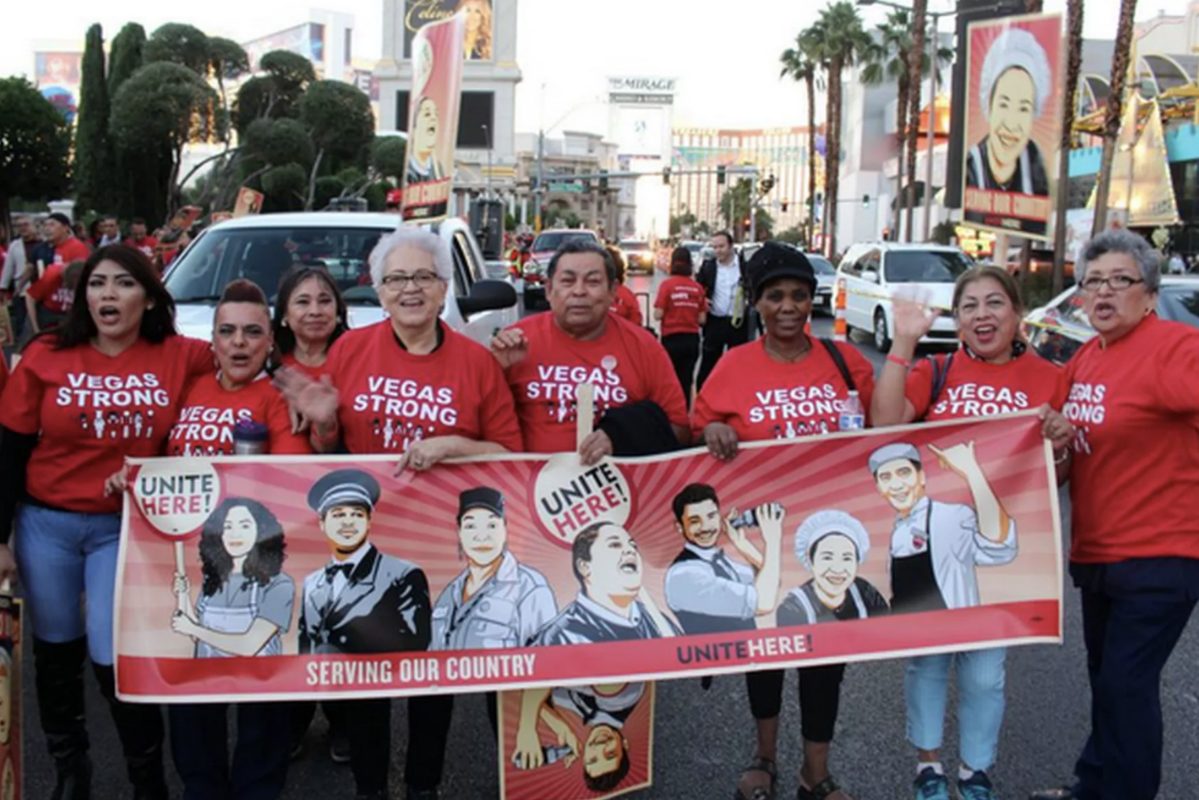 Casino unions such as the Culinary Union, seen here prior to the coronavirus pandemic, want their members paid throughout the health crisis. (Image: Culinary Workers Union Local 226)

Unions that represent casino workers in Las Vegas, Atlantic City, New Orleans, and Mississippi gathered online Thursday morning to provide an update on the gaming industry and to call on casino companies to take care of their workers.

The message was clear from the union leaders: workers must be paid during the nationwide closure of casinos.

“They should step up and pay people throughout this closing,” Taylor stated. He added that the gaming industry is “just sitting on a pile of money watching the chaos.”

“This is a disaster that’s 10 times worse than Katrina,” Cooper declared. “They chose to keep their stockpile of cash for the investors. That came off the backs of these workers.”

Las Vegas Sands, Wynn Resorts, and Station Casinos are all continuing to pay their employees during the temporary closures. Several tribal casinos are as well, including Wind Creek Hospitality, which operates Native American gaming venues and commercial casinos.

But the largest employer in the casino sector, MGM Resorts, isn’t paying the approximately 60,000 workers it has furloughed. Nor is Caesars Entertainment, the Strip’s second-largest employer. That’s unacceptable in the minds of the union bosses.

“MGM Resorts, the largest private-sector employer in the state of Nevada, announced it would pay its employees no more than one extra biweekly paycheck after it closed its casino resorts on the Las Vegas Strip on March 17,” the Culinary Union declared. “It made the same decision for its casinos elsewhere in the US. MGM currently has approximately $3.9 billion cash on hand.”

“These big casino companies like to talk about loyalty and corporate social responsibility, but they are sacrificing their employees to preserve their cash hordes when we are in one of the greatest crises we have ever experienced as an industry and as a nation,” added Taylor. “The gaming industry should pay people during this shutdown. It’s time to do right by the workers.”

Those who have been laid off can apply for unemployment compensation, but that is no easy task. In Nevada, those trying to access the system have described the process as “hell.”

This must be a joke. What is the hold up? I have bills that are due and the delay is only making things harder for us Nevadans!” said one concerned Nevadan to Casino.org.

And on social media, one critic tweeted at Nevada Gov. Steve Sisolak (D), “For those of you posting about unemployment, time to move on. This governor doesn’t give a rat’s ass about the suffering he’s imposed on the three million who live here in Nevada.”