Eldorado Resorts Inc. has started the process of temporarily laying off workers at its casinos nationwide as a result of the ongoing COVID-19 outbreak. The gaming company began issuing Worker Adjustment Retraining and Notification (WARN) Act notices this week to officials in states where the Reno-based firm owns or operates casinos. 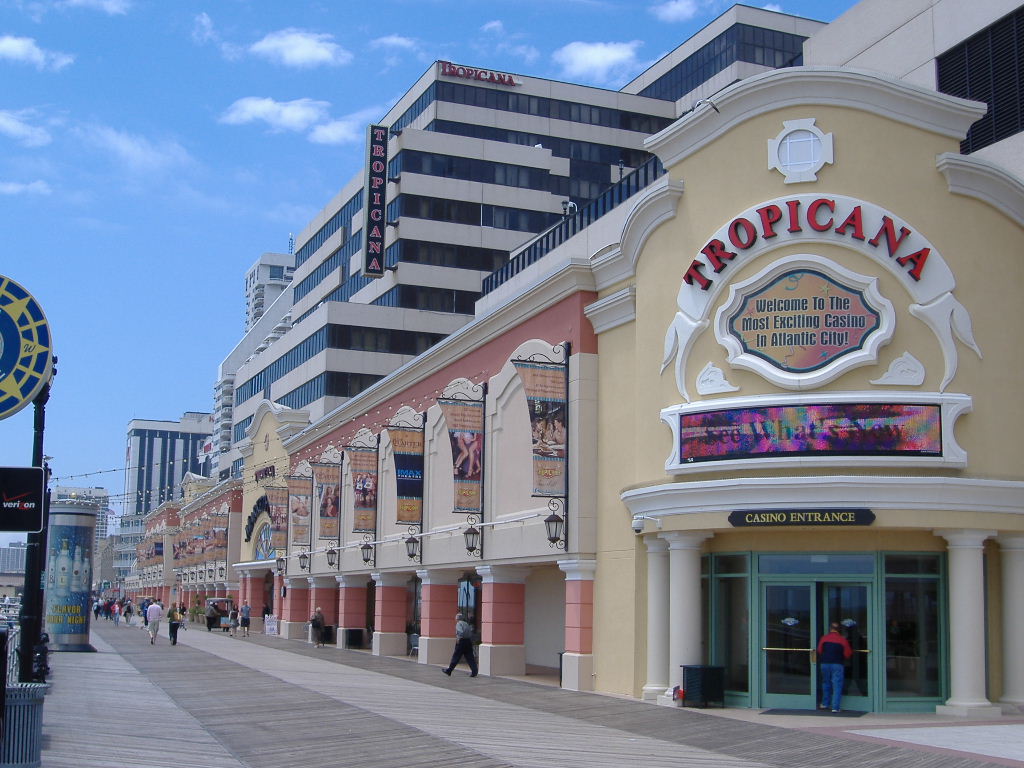 More than 2,700 workers at the Tropicana Atlantic City will be furloughed starting Saturday, according to documents from Eldorado Resorts. (Image: DrVenkman/Wikimedia Commons)

The layoffs will start on Saturday, according to notices published on state websites. Those affected by the furloughs include 2,704 at the Tropicana Atlantic City in New Jersey, 529 at the Tropicana Evansville in Indiana, 430 at Scioto Downs in Ohio, and 1,205 at three casinos in Missouri.

The WARN Act requires businesses employing 100 or more workers provide advance notice of closings or layoffs. While the law typically requires 60 days written notice, there are exceptions when closures are made as a result of disasters and other unexpected events.

As you know, the COVID-19 virus recently reached pandemic proportions,” said John T. Walker, the human resources director for Scioto Downs in the WARN letter to the Ohio Office of Workforce Development. “The federal government and many states have declared a state of emergency and ordered the closure of non-essential businesses and issued travel restrictions. This emergency and these sudden and unexpected circumstances caused the temporary facility closure and adversely affected our business operations. Unfortunately, these circumstances prevented us from providing notice sooner.”

According to its filings with the US Securities and Exchange Commission, Eldorado employs about 15,000 workers. That includes about 3,100 union employees covered by 18 collective bargaining agreements.

Officials with Eldorado Resorts did not respond to a request for comment on Thursday.

Last month, Eldorado provided notice of 451 employees who were furloughed at Eldorado’s Las Vegas facilities. That was in response to Gov. Steve Sisolek’s 30-day stay home order on March 17 that closed casinos and other nonessential businesses. In the March 24 letter, the company expected the closure to not exceed 30 days.

Since then, Sisolak has extended the state order to April 30.

The furloughs come a week after Caesars Entertainment announced it was furloughing about 90 percent of its workforce nationwide. The two companies are in the process of closing their $17.3 billion deal that would give Eldorado control of the Caesars brand.

Eldorado sent employees at its 23 casinos across 11 states a letter on Monday informing them of the furlough plan. In a copy of the letter obtained by Las Vegas Locally and posted on Twitter, the letter states the furloughs would happen at both corporate offices and all casino properties. Those staying on the job, including the Board of Directors, will be taking unspecified pay cuts.

Those to be furloughed were to be notified directly.

The company plans to pay affected employees through Friday, but the company will continue to provide health benefits, including dental and vision, through June 30. Eldorado will cover the employee premium for furloughed workers until that time.

“Additionally, relief funds are available at each property to provide direct support to Team Members in need,” the letter stated.

A day after the employees received their letter, Eldorado officials sent the WARN notices to the states.