Bulgaria’s wealthiest gambling tycoon, Vasil Bozhkov, has been apprehended in the United Arab Emirates. His arrest comes just days after he was charged in absentia in his home country with organizing a crime group, extortion, and attempted bribery. Bulgaria’s chief prosecutor Ivan Geshev said on Wednesday that Interpol had released a “Red Notice” for the arrest of the billionaire. 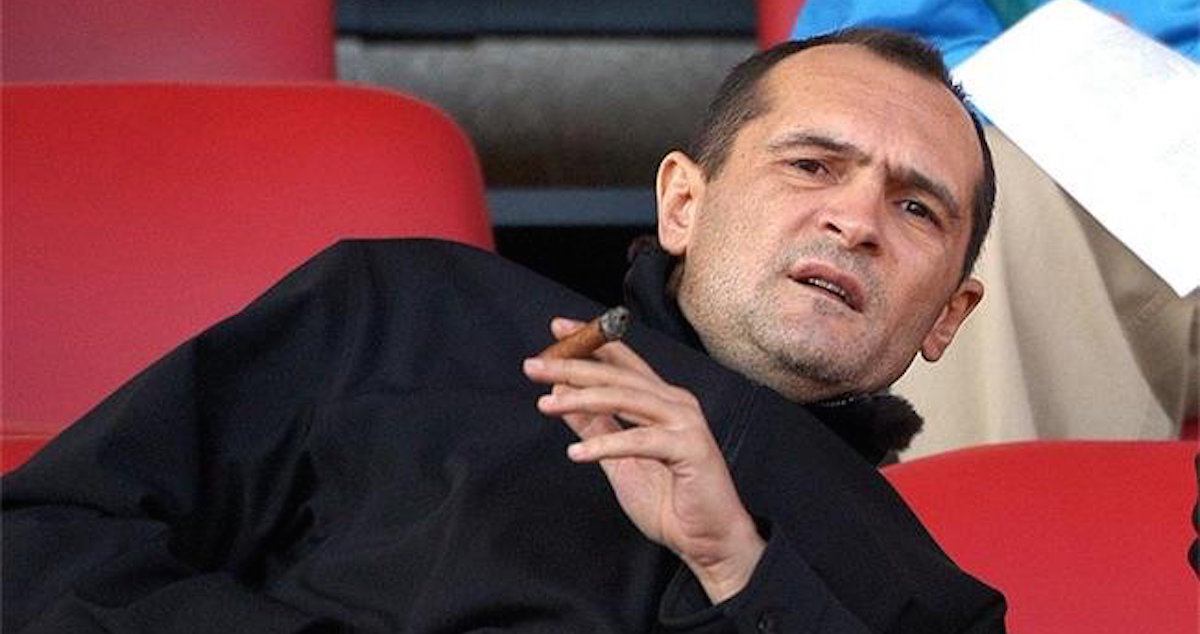 Vasil “The Skull” Bozhkov is one of Bulgaria’s richest men. He was also once described by a US diplomat as “Bulgaria’s most infamous gangster.” (Image: Ozy)

The charges relate to financial irregularities surrounding Bozhkov’s lottery company, the National Lottery, Bulgaria’s biggest. The gambling czar – who is nicknamed “The Skull” – is alleged to have avoided paying around $317 million in taxes and licensing fees, dating back to 2014.

Bulgarian authorities raided the National Lottery headquarters last week, as well as other addresses linked to the alleged fraud. Among a dozen suspects detained were the current and former heads of the national gambling regulator, who are accused of conspiring to cover-up financial irregularities.

Bulgaria is one of the EU’s poorest countries, and Mafia influence is rife within the state’s institutions.

A 2005 US diplomatic report leaked by Wikileaks concluded that “organized crime has a corrupting influence on all Bulgarian institutions, including the government, parliament, and judiciary.”

But facing public demonstrations against corruption and pressure from the EU to stamp out graft and combat organized crime, lawmakers are taking steps towards reform.

The charges against Bozhkov would have been unthinkable a decade ago, when the tycoon was considered untouchable.

A 2009 diplomatic report, also leaked by Wikileaks, described Bozhkov as “Bulgaria’s most infamous gangster” who had a hand in “money laundering, privatization fraud, intimidation, extortion, racketeering, and illegal antique dealing.”

Who is Vasil Bozhkov?

Bozhkov established a casino and gambling company in 1993 with Ilya Pavlov, the founder of Multigrup, which was alleged to be the legitimate face of Bulgaria’s biggest organized crime syndicate. This was during the country’s transition from a Communist state to a democratic free-market economy after the fall of the Soviet Union.

The period witnessed the rise of the Bulgarian Mafia, which came to dominate legitimate business within the country and organized crime alike.

Pavlov was assassinated in 2004, a day after he testified in the murder trial of former Bulgarian prime minister Andreu Lukanov. The perpetrators of both these killings remain unknown.

Today, Bozhkov is one of Bulgaria’s richest men, with an estimated fortune of $1.5 billion.

Bozhkov emailed Bloomberg on Thursday, prior to his arrest, to say that “until a court decision, none of the completely random charges against me is proven.”

He also called in live to Bulgarian TV station bTV from a “non-EU country” to announce that “everything is paid for in adherence with the law.”

UAE does not have an extradition treaty with Bulgaria, so it’s unclear whether Bozhkov will be sent home to face the music.