Continued civil unrest in Chile has prompted the country’s gambling regulator to suspend its casinos from their obligation to operate, warning that the safety of casino workers and patrons could no longer be guaranteed. 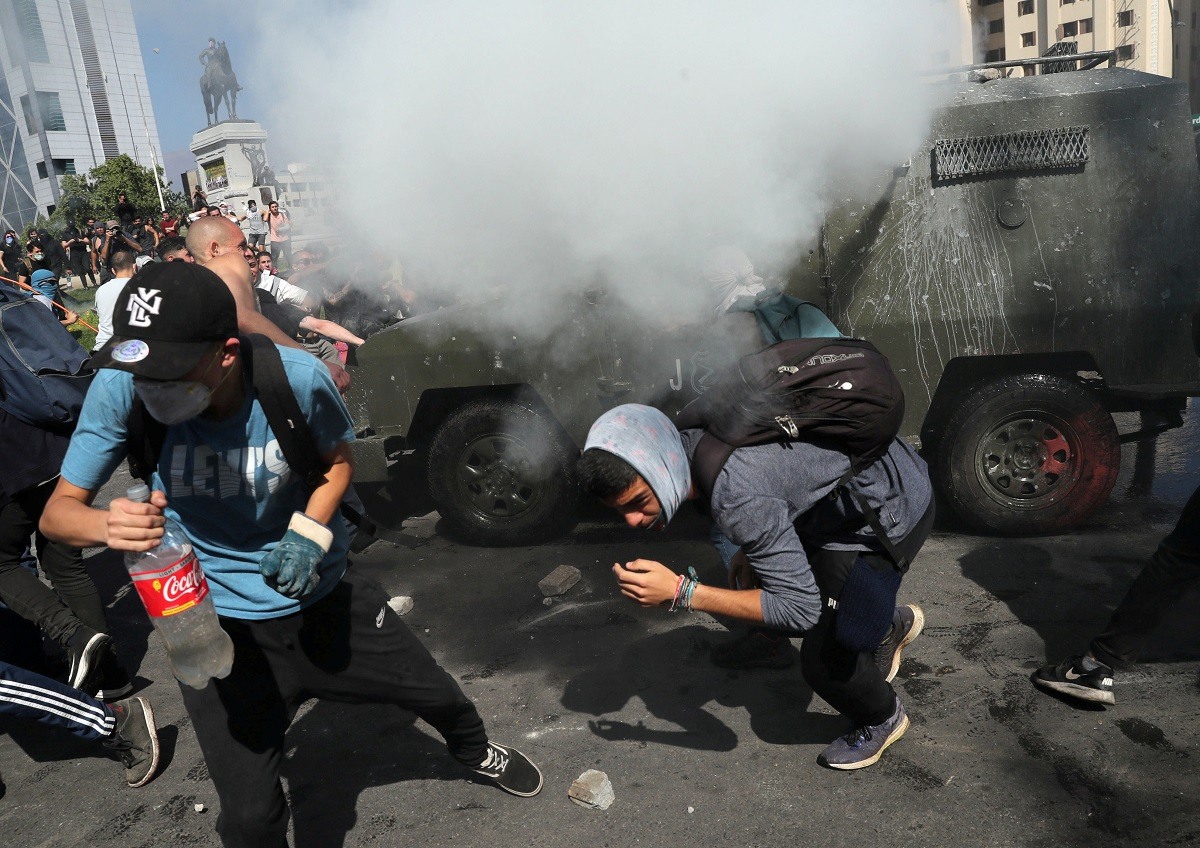 Chile riots: Almost 3,000 people have been arrested in the country after protests calling for social reforms have teetered on widespread open rebellion over the past two weeks. (Image: Reuters)

The country has been gripped by widespread unrest over the past two weeks, prompting the government to declare a state of emergency.

What began as a reaction in the capital Santiago to a rise in subway fares has turned into far-reaching protests across the country against economic and social conditions, including a widening gap between rich and poor amid a rising cost of living.

At least 20 people have been killed, 2,500 have been injured, and 2,840 arrested since rioting broke out in what has long been considered one of Latin America’s most stable countries.

President Sebastián Piñera’s conservative government was completely blindsided by the scale of the protests.

On October 18, groups of rioters rose in open rebellion, seizing subway stations in Santiago and completely disabling the transport network.

Some 81 stations were vandalized, with 17 burned to the ground, prompting the army to be deployed to restore order.

Protests have since spread to cities, notably Concepción, San Antonio, and Valparaíso, but — while unrest continues — it remains largely peaceful.

It’s unclear how many casinos — if any — have opted to close following the gambling regulator’s notice of suspension, which will remain in place while circumstances remain “exceptional.”

Many of the private casinos are owned by just two operators, Sun Dreams and Enjoy.

Santiago has no casinos itself. The closest to the capital, Enjoy Santiago, is a 50-minute drive north into the countryside, sufficiently removed from rioting urban mobs — as is the country’s biggest casino by revenue, the Sun Monticello, and hour to the south of Santiago.

Chile’s oldest casino and second-biggest revenue generator, Viña del Mar Casino, is based in Viña del Mar, which is part of the Greater Valparaíso metropolitan area.

But The Tico Times reported that while people in Vina del Mar and Valparaíso had taken to the streets and shouted anti-government slogans, there had been no violence to speak of.

As for President Piñera, after one million people marched to demand his resignation on Sunday, it seems as though the message is sinking in.

On Monday, he dismissed his entire Cabinet and promised he would “put all my ministers on notice in order to restructure my Cabinet to confront these new demands,” as translated by the BBC.

“We are in a new reality,” he said. “Chile is different from what it was a week ago.”