A Georgia cockfighting ring was raided over the weekend in Lincolnton, leading to the arrests of 20 people. But police want to speak with at least 200 others who fled during the bust. 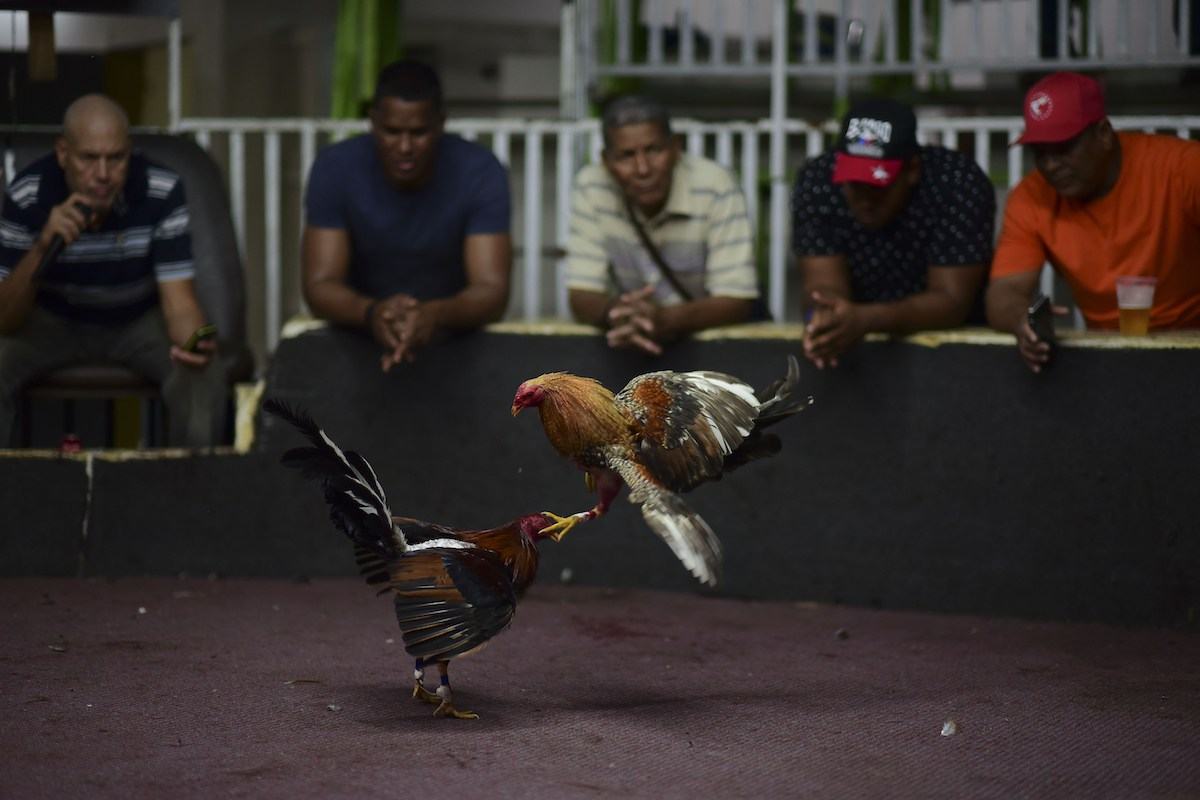 Police infiltrated a major cockfighting ring in Georgia over the weekend that involved more than 200 people. (Image: Carlos Giusti/AP)

Cockfighting is illegal everywhere in the United States. But that didn’t stop more than 200 people from participating in a tournament last weekend in Lincoln County, which is just northwest of Augusta. Police say they had been aware of the alleged cockfighting going on at Lanier Hightower’s farm outside Lincolnton, but hadn’t received a tip during a live tournament until last Saturday.

Lincoln County Major Jim Wallen, who heads investigations for the sheriff’s office, said six officers responded to the tip, and when they arrived, a chaotic scene ensued. Participants and spectators fled upon law enforcement’s arrival, leaving behind their animals and vehicles.

A local tow truck driver told the Associated Press that he hauled vehicles for 12 hours into Sunday morning to the police impound.

Wallen said police found 17 dead chickens at the scene. Hightower has been cooperative, the major said, and was arrested for operating a gambling establishment and aggravated cruelty to animals.

He didn’t deny anything when I interviewed him,” Wallen explained. “We were lucky when we rolled up in there that they had both pens actively fighting. When everybody ran, those chickens were still fighting, so we were able to break them up and get them separated.”

Wallen said police are searching for roughly 200 suspects, and are using their vehicles as collateral to turn themselves in. Fifty vehicles are in police possession.

“If they come and turn themselves in, we will release their vehicle,” Wallen explained. “I’m giving them about 10 days. If they don’t do that, I’ll start with asset forfeiture.”

Five people have already turned themselves in, and Wallen says he’s received additional calls from suspects who said they will come down to the sheriff’s office.

Cockfighting is a blood sport in which at least two roosters are placed in a ring and forced to fight to the death. Razorblades are often attached to the feet of the birds in order to expedite the carnage.

Participating in cockfighting is illegal in all 50 states, and a felony offense in 42 states plus DC. Transporting roosters across state lines for the purpose of cockfighting is also a federal crime.

In Georgia, cockfighting is banned under the state’s Cruelty to Animals law passed in 2010. The statute explains, “A person commits the offense of cruelty to animals when he or she causes death or unjustifiable physical pain or suffering to any animal.”

A person convicted of violating the Cruelty to Animals law is subjected to “imprisonment not to exceed 12 months,” and/or a maximum fine of $5,000.