Talks are set to resume later this week, perhaps as early as Wednesday, between officials from Churchill Downs Inc. (CDI) and the Illinois Thoroughbred Horsemen’s Association (ITHA) regarding purse sizes for the 2020 racing season at Arlington International Racecourse. 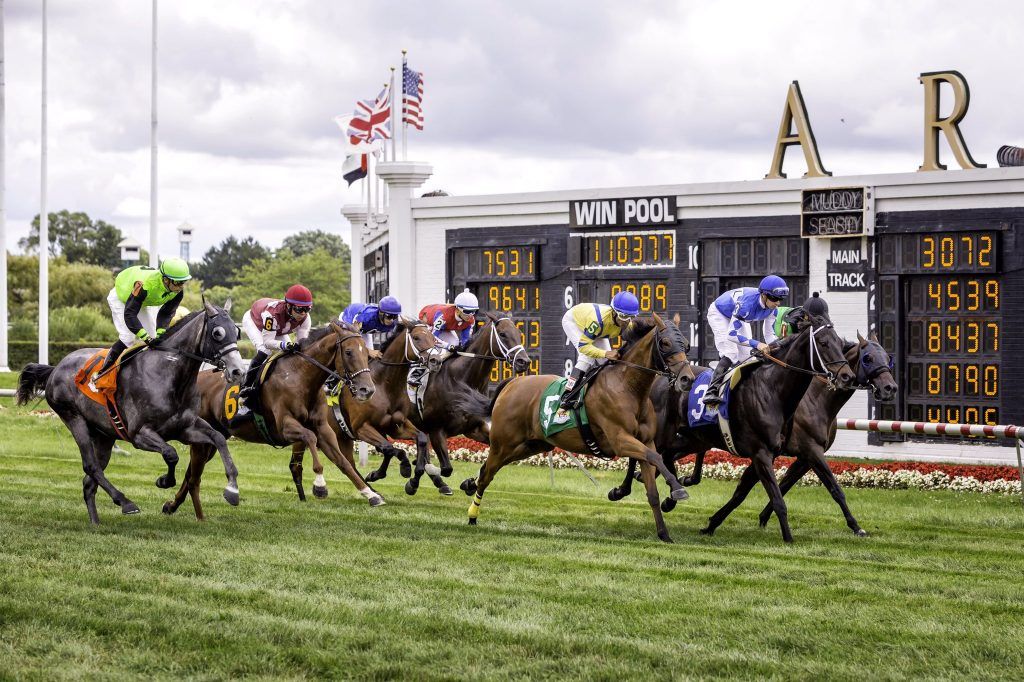 The ongoing discussions would take place more than a week after a deadline mandated by the state’s new expanded gaming law was missed. It appears the two sides remain far apart when it comes to funding purses for the 68 race days the Illinois Racing Board (IRB) allotted Arlington. According to the ITHA, CDI has offered an average of $130,000.

The horsemen are seeking at least $200,000, which they claim they need in order to be competitive with racetracks in other states. For example, the groups cite Indiana’s purses, which average $180,000 per day, and Minnesota’s, which are $174,000.

IRB President Mike Campbell told Casino.org that the difference is about $4 million, which Churchill can subsidize through offering casino gaming at the track or through other options.

The group will not budge on that stance. The horsemen have seen Churchill Downs back away from racing in other states, most recently in Florida with the former Calder Race Course. It’s now a casino, and Churchill Downs officials plan to do away with racing for jai alai to meet Florida’s pari-mutuel requirement for operating the gaming venue.

“We learn from history,” Campbell said.

Failure to reach an agreement could lead horsemen to consider racing elsewhere during the late spring and summer. Arlington’s meet is scheduled to run from May 1 to Sept. 26 and cannot take place without the contract, which was due by Dec. 31.

Attempts to reach Churchill and Arlington officials were unsuccessful.

The impasse is the latest chapter in what’s been an acrimonious period between Churchill Downs and the horsemen, who are upset that the Louisville, Ky.-based company declined to pursue casino gaming at the suburban Chicago racetrack. The addition of slots and table games at the track, something all parties lobbied for years in support, would have helped generate the revenue to field competitive racing.

For the last five years, we’ve taken less purse money, less racing dates, all in the belief that we pass this gaming bill that it would triple this purse account and we’d have a renaissance of racing and breeding in Illinois,” Campbell told Casino.org.

The owners and trainers, though, claim Churchill Downs’ decision to buy a majority stake in the Rivers Des Plaines casino, which is located about 10 miles away and between the track and downtown Chicago, now shows the company no longer is interested in developing the Illinois racing industry. They want Churchill to either sell the track to another outfit that will pursue a casino there, or they want the state to take action against CDI.

“We were misled into believing Churchill Downs,” Campbell said.

Should an agreement not be reached in the near future, IRB Executive Director Domenic DiCera told Casino.org that the Arlington contract will be discussed at the board’s next meeting on Jan. 21 in Chicago. The board cannot intervene, he said, but it can meet with both sides to get a clearer picture of the issues with the negotiations.

“The parties are encouraged to continue discussions,” he said prior to the sides agreeing to reconvene.

Arlington is one of two thoroughbred tracks in the state. Hawthorne Park in Cicero, another Chicago suburb, is the other. The ITHA said the negotiations for Hawthorne took only an hour.

However, Hawthorne’s six-week spring meet this year had to be cut because of the construction of its casino. The track, though, is allowing horsemen to keep their horses there, and workers are staying in Hawthorne’s dorms until the Arlington meet is scheduled to start.

Thoroughbred racing is scheduled to resume there in October.

In addition, since Hawthorne also runs harness racing, it likely would not be in a position to pick up additional thoroughbred dates should Arlington close. The Illinois expanded gaming law allows for the creation of a harness track in Chicago’s southern suburbs. But initial plans for one were sidetracked because of a federal corruption investigation that determined the track’s developers allegedly had ties to organized crime.