An award-winning journalist was initially refused press accreditation for this week’s International Casino Exhibition in London, allegedly because organizer Clarion Gaming is concerned about negative press. 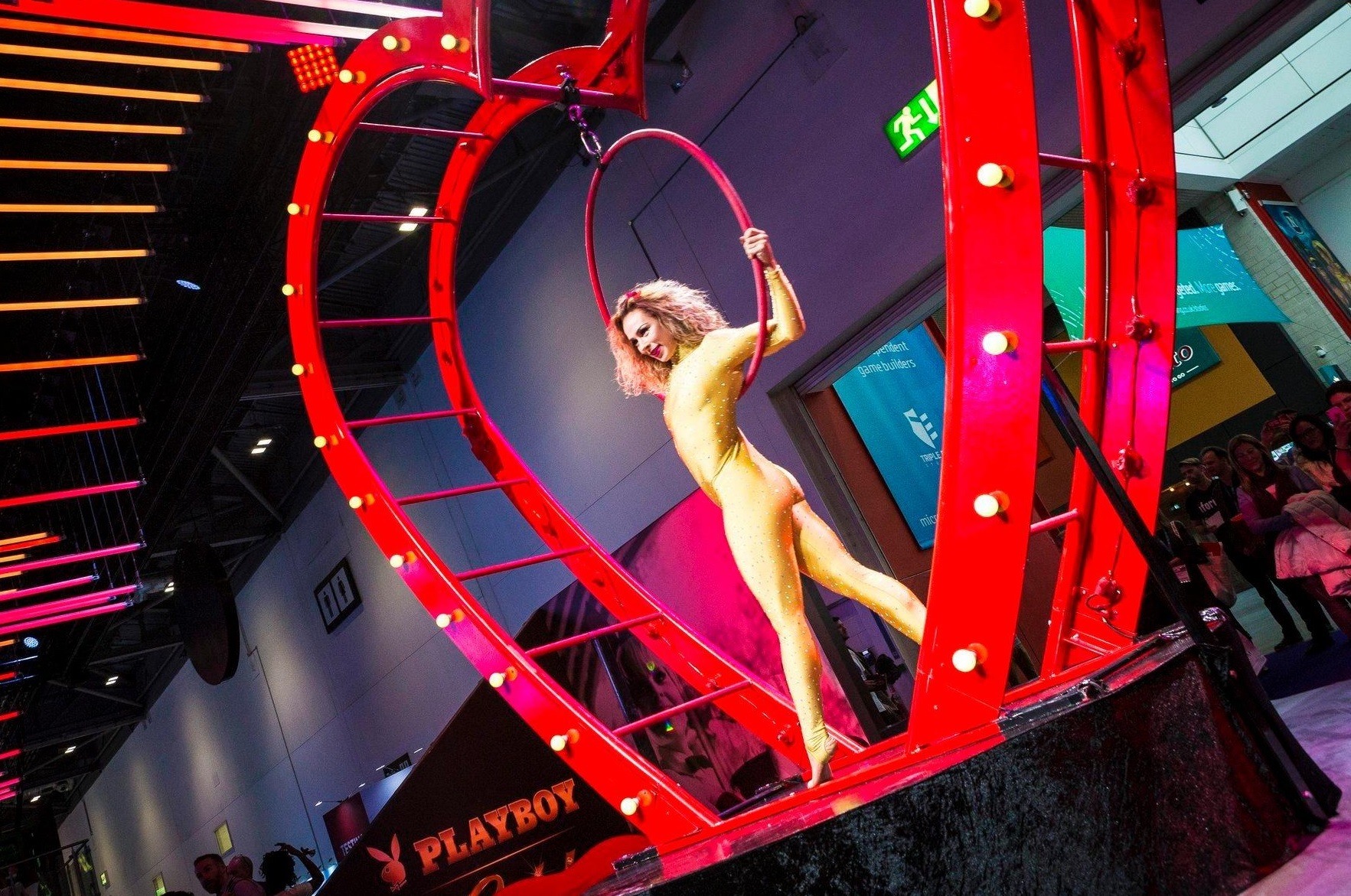 The promotional models at ICE are expected to be wearing more clothes this year than in 2018, when a Playboy dance act (pictured) was featured. (Image: The Sun)

An article written about the 2018 event by Rob Davies of The Guardian called the gambling industry out for brash, sexist marketing, describing an exhibition space populated by scantily dressed promo girls, pole dancers in fishnets, and a Playboy-themed dance act.

The article led to the introduction of new sexual harassment and clothing policies at ICE, and Davies told The Press Gazette he suspects this was the reason he was no longer welcome at the event.

Clarion has since softened its stance and has now rubber-stamped Davies’ press pass following intervention by The Press Gazette, a British media trade publication.

Davies said the Twitter reaction to his ICE ban, which included responses from numerous ICE attendees offering to help get him access, may have helped change Clarion’s mind.

Davies’ article came at the height of the #MeToo Movement and at a time when the gambling sector’s objectification of women had come into hard focus.

Just days before the 2018 ICE event, the Financial Times ran an exposé on the President’s Club charity dinner – an exclusively male fundraiser attended by leading figures in entertainment, business, and politics.

Two undercover reporters described promotional girls being groped and assaulted throughout the course of the evening, sparking a scandal in the UK.

Perhaps anticipating that ICE was a Guardian article just waiting to happen, on the eve of ICE, then-chief of the UK Gambling Commission Sarah Harrison urged exhibitors to ditch “swimsuit sexism” and threatened to boycott the event if they didn’t.

“This is an industry where we have a number of talented, powerful, and successful women,” she told the International Casino Conference of her experience the previous year. “Yet from walking around the exhibition, you wouldn’t know this.

“Instead, you saw men representing their companies wearing expensive tailored suits whilst their female colleagues were expected to wear nothing more than swimsuits. I say bring this to an end now.”

After 15 years of a highly liberalized gambling market, the industry is facing a backlash not just from The Guardian, but almost universally across the UK press.

Davies acknowledged that his “general coverage” of the gambling industry might also have contributed to Clarion’s initial hostility.

ICE runs from February 4-6 and attracts around 35,000 professionals to the ExCel exhibition center in London’s Docklands.

It promises to “provide a safe, respectful, ethical, and appropriate working environment for everyone, including staff, exhibitors, customers, and suppliers, which is not discriminatory towards, or offensive to, individuals or groups for reasons of age, disability, sexual orientation, class, ethnicity, race, color, faith, marital status or gender,” according to the event’s website.

“Partial or total nudity or overtly sexual or suggestive clothing or marketing methods” are now banned.