FRANKLIN, Ky. – In this small town on the Tennessee border sits one of Kentucky’s top gaming facilities. 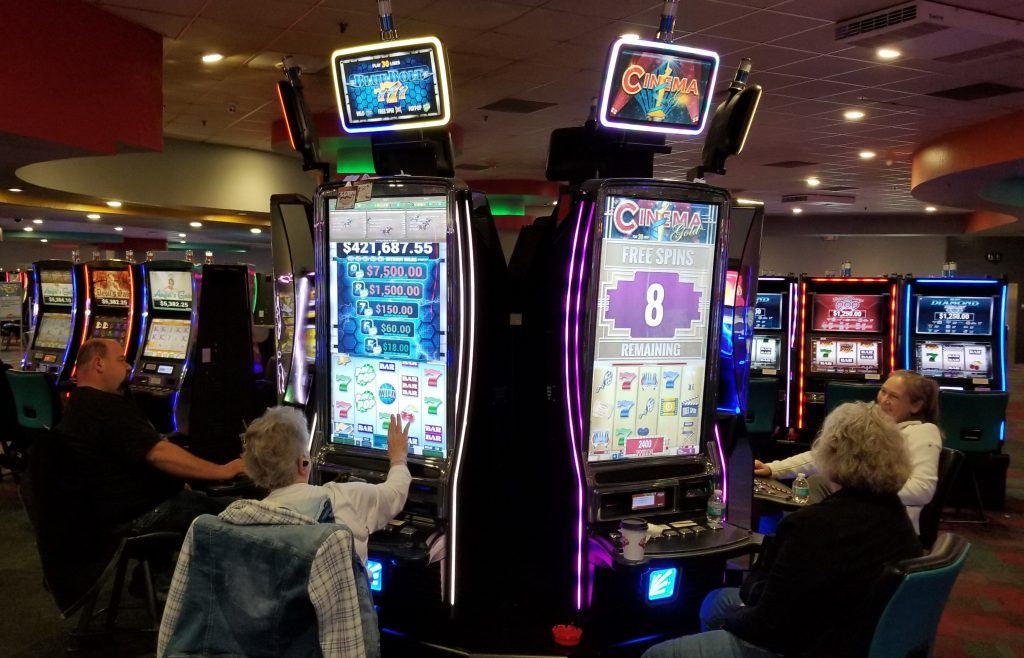 Kentucky Downs will add more than 400 historical horse racing machines at the Franklin, Ky., track later this summer as part of a $25 million expansion project at the track. (Image: Casino.org)

It’s late in the morning on a Wednesday, yet the parking lot at Kentucky Downs has more than just a couple cars in the parking lot. There a buzz from the gaming floor as patrons play historical horse racing (HHR) machines, vying for jackpots as large as $421,000.

It’s a buzz that’s likely to grow louder by late summer, as the thoroughbred track invests $25 million in a 20,000-square-foot expansion project. Kentucky Downs currently operates 753 machines, and it has approval from the Kentucky Horse Racing Commission (KHRC) to offer up to 2,500.

I think with this initial phase, this new phase, we’ll get up to 1,200, and then expand from there,” Kentucky Downs Vice President and General Manager Ted Nicholson told Casino.org. “Probably sometime within the next year or so.”

HHR machines have the look and feel of a slot machine. However, Kentucky Downs patrons are betting on three previously-run horse races. The outcome of their bet is based on how their picks in the races fared. Nicholson said bettors can handpick their choice or bet blindly, which is what most people do.

Nicholson expects the construction to finish around Aug. 1. That would give officials there a month to get the new machines in place before the track holds its annual live racing meet, which starts on Sept. 1.

Kentucky Downs isn’t the only track in the Bluegrass State adding HHR machines. Ellis Park in Henderson recently added more machines at its track, and Churchill Downs Inc. has announced plans to build parlors at both its namesake track in Louisville, as well as Turfway Park in northern Kentucky near Cincinnati.

Located less than a half-mile from the Tennessee state line – the track’s far turn itself is less than 1,000 feet away – the track pulls about 70 percent of its customers from the Volunteer State.

“I don’t think that the average sports fan that’s betting on sports is the same person that’s our bread-and-butter customer,” he said.

That said, Kentucky Downs will look to apply for its own sports betting license if the state passes a law during the ongoing session, Nicholson added.

Beyond the ongoing expansion, Kentucky Downs officials are also looking to add a hotel to the site and expand dining options there. Nicholson said they’re also considering adding other entertainment options, such as a movie theater.

Track officials are looking to expand their marketing efforts in central Tennessee. The track already markets to Nashville, home to more than 2 million people and just 45 minutes away. Now, they’re looking to attract people on the outer edges of that market, in towns such as Murfreesboro – a town of more than 100,000 people some 75 miles away.

And those efforts go beyond just getting people to come and play the HHR machines.

Kentucky Downs will run races on its turf-only track for six days in September. That’s one more than it got in 2019. With only turf racing offered across three different lanes, the toll the track takes from the racing makes it almost impossible for a meet to last much longer, Nicholson said.

Still, the purses it offers are some of the most lucrative in racing, thanks largely to the revenue the HHR machines generate. But Nicholson is hoping to attract top turf horses by offering their connections something other than just big money.

He noted that Santa Anita runs a stakes race called the Surfer Girls Stakes, where the prize awarded to the winning owner isn’t a trophy, but a custom surfboard.

This year, Kentucky Downs plans to run the Music City Stakes, where the winning owner would receive a custom guitar, possibly signed by a leading country music artist.

“You want to keep it kind of fun and cool,” he said.