A Kentucky native and former professional athlete has lent his voice to the cause of legalizing sports betting in The Bluegrass State. 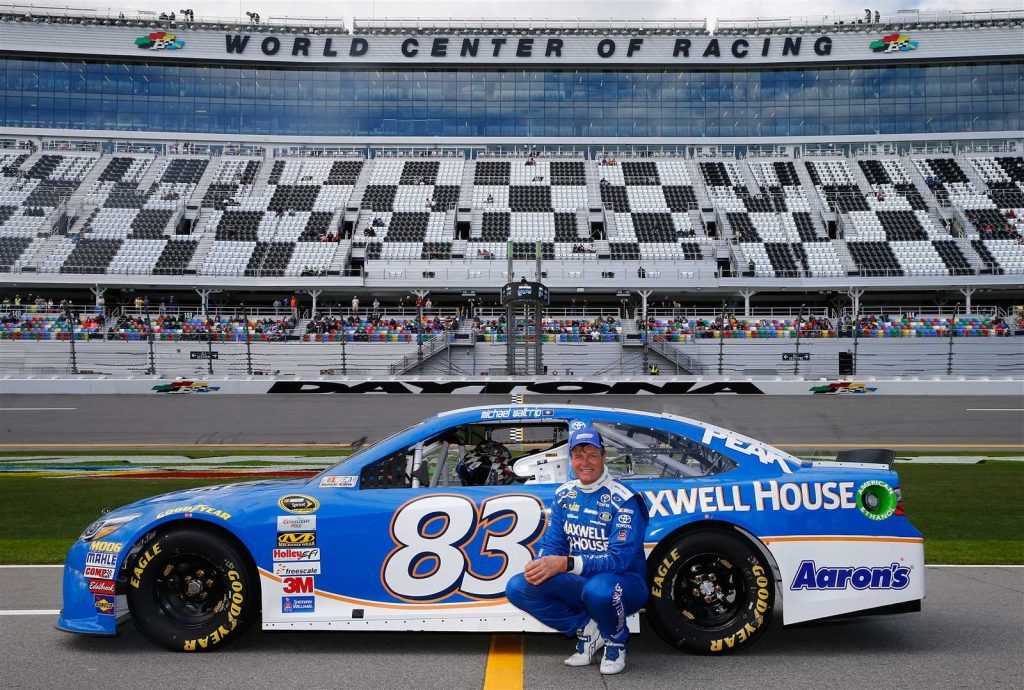 Kentucky native and former NASCAR driver Michael Waltrip, a two-time Daytona 500 winner, announced his support for legalizing sports betting in his home state. He voiced a radio ad produced by a group supporting legislation to allow sports betting at the state’s horse tracks and at Kentucky Speedway. (Image; NASCAR.com)

In the commercial, Waltrip, an Owensboro native and two-time Daytona 500 winner, said that Kentucky is falling behind several of its neighboring states when it comes to making sports betting legal in the state.

Indiana and West Virginia already offer both online sports betting and retail sportsbooks. Illinois and Tennessee have passed laws and are working on regulations before accepting license applications.

“They’ve acted, we haven’t,” he said. “That means millions of dollars in revenue that could be going to state pensions, well, it’s going across state lines.”

The ad includes a toll-free number for people to call their House and Senate representative and voice their support for the legislation.

LISTEN to the new radio that will run statewide starting today >>> pic.twitter.com/FqQpz4wVDV

Proponents claim the state could raise about $22.5 million in revenue under sports betting, funding that could go toward state pensions or increasing salaries for public school teachers.

The next step for the bill is a vote on the House floor, and that could come as early as Tuesday afternoon, when lawmakers reconvene in Frankfort. Per the Kentucky General Assembly web site, the bill has had two readings on the House floor. It can be called up for a vote after the third.

Besides Koenig, a bipartisan group of 35 lawmakers sponsor the bill. It needs just a simple majority in the 100-member House and then the 38-member Senate to go to Gov. Andy Beshear, a vocal proponent for the bill.

Kentucky’s sports betting bill would allow the state’s horse tracks and the Kentucky Speedway to apply for licenses to house sportsbooks. Those sportsbooks also could offer online sports wagering, but through Jan. 1, 2022, interested bettors would first need to register at the track in order to access the application.

Currently the state has five thoroughbred racetracks and two harness racing tracks. However, it’s likely the two tracks in Lexington, Keeneland and Red Mile, would apply for a single license.

We would anticipate a similar deal with sports wagering, if it passes, as we have at Red Mile with” Historical Horse Racing, Keeneland vice president and COO Vince Gabbert told Casino.org.

Keeneland, the thoroughbred track, jointly operates a 938-seat HHR parlor with the Red Mile at its harness racing venue.

Gabbert said preliminary talks have started with a number of operators, but they haven’t narrowed down the field of prospects just yet. However, if the bill passes, he does not anticipate the tracks would apply for the second license that could offer Kentucky bettors an additional online sports wagering option.

The bill allows one skin, or mobile app, per license.

“We would most likely operate everything under a single license in order to maximize marketing efforts and customer outreach,” he said.

Besides sports betting, HB 137 also provides the framework for Kentucky to regulate online poker and paid fantasy sports. Like horse racing in Kentucky, sports wagering would be open to adults 18 and older.

While it’s chances for passage in the state House seem quite high, there are some questions emerging about its prospects in the Senate. While state Sen. Damon Thayer (R-Georgetown), the Senate’s majority leader, spoke out in support of the bill at a committee hearing in December, another Senate leader was less committal on Friday.

Senate President Robert Stivers (R-Manchester) said Friday he was concerned about the scope of the bill, according to Jack Brammer of the Lexington Herald-Leader. To him, the provisions for fantasy sports and online poker make it seem like the bill is for online casino gaming.

Koenig has refuted notions that his bill could be used to allow casino gaming in the state.