Las Vegas casino executives and union leaders are banding together to decide which safety measures should be implemented when the properties are permitted to reopen. 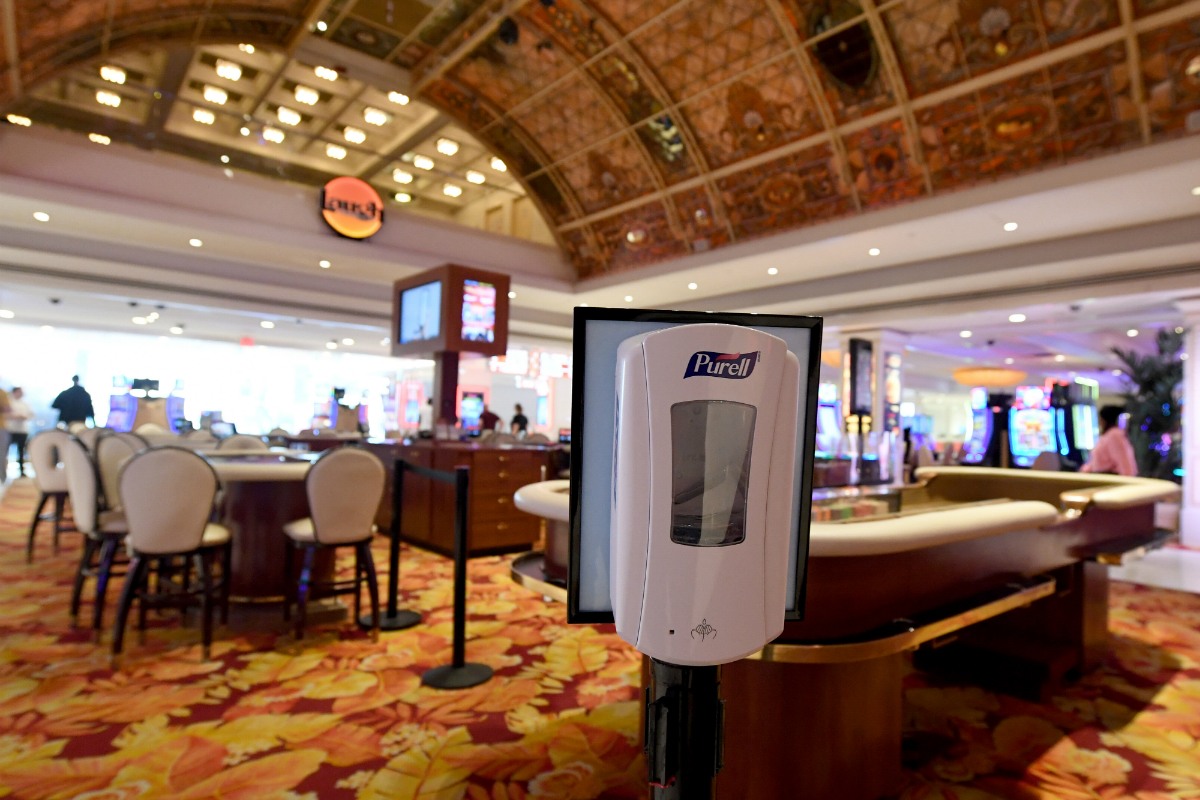 Las Vegas casinos will be better protected to fight flus and viruses once they reopen. (Image: Ethan Miller/Getty)

Executives from rival casinos are working collaboratively on a series of safeguards that could potentially expedite their ability to resume operations. When the resorts are given permission to reopen, guests are expected to be given temperature checks at limited entrances.

All casino employees might be required to wear face masks and gloves at all times, including dealers, and at least one empty seat would sit between gamblers. Hotels are likely to open with only about one-third of their rooms available for occupancy.

As will be the case with all public businesses, increased sanitization of high-traffic areas will also be a must.

Every casino in Nevada has been dark since Gov. Steve Sisolak (D) ordered their closures on March 17. The shutdown runs through at least the end of the month. Sisolak said this week that he has no definitive timeline for when nonessential businesses such as casinos might be allowed to reopen.

More than 300,000 Nevadans have filed for unemployment benefits since the state shut down. The Culinary Union, which represents approximately 60,000 workers employed by casinos in Las Vegas and Reno, is demanding their laid off or furloughed workers be paid throughout the closure, and that their jobs will be available once Sisolak lifts his order.

MGM Resorts, Nevada’s largest employer, isn’t paying the 60,000 workers it’s laid off across the country. Nor is Caesars Entertainment, the Strip’s second-largest employer.

Las Vegas Sands, Wynn Resorts, and Station Casinos are continuing to issue checks to US employees as they sit at home.

Arguello-Kline says when casinos do get back to business, the union is “asking the companies to have more cleaning everywhere – the rooms, casino, special teams to work with new chemicals.” She added that the resorts “have to have more people, so the people can have the area more clean.”

Las Vegas casinos seem to be following Macau’s lead in anticipation of safely reopening. Macau is testing patrons for their temperatures before granting entry to the casino floor, and requiring a vacant seat between gamblers. People are also not allowed to stand behind or next to tables or slot machines.

Macau is limiting the overall number of people allowed to be inside each casino, and customers are required to wear masks. Eating and drinking at the gaming table is prohibited.

One major difference is that while Macau’s gaming industry is heavily dependent on baccarat, the revenue generator is slot machines in the US. Slots, of course, are high-touch devices.