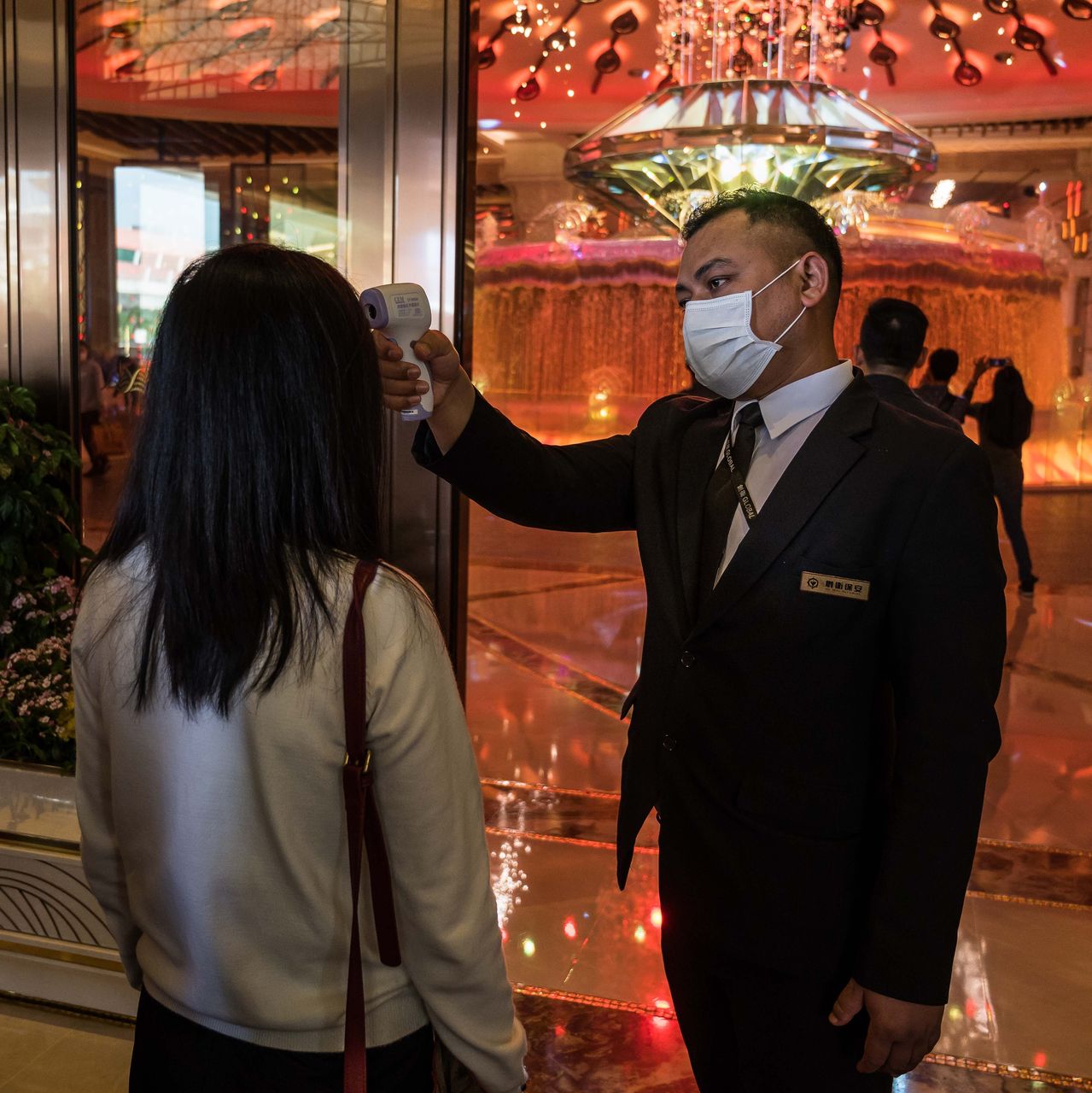 Because of the spreading of the new coronavirus, Macau Chief Executive Ho Iat Seng on Tuesday said the peninsula’s gaming properties will be closed 15 days. That decision was made following confirmation of the tenth case of the respiratory virus on the Special Administrative Region (SAR). Documented cases of the “Wuhan virus” in Macau haven’t increased over the past two days, but on a global basis, the number has swelled beyond 25,000 and the death toll in China is 564.

It’s estimated that visits to the world’s largest gaming center tumbled by about 80 percent last month, and Moody’s warned that if the situation becomes “protracted,” it could turn into a credit negative event for the aforementioned companies.

Wynn Resorts has the highest relative exposure of the three to the Macau region,” said the research firm in a note obtained by Casino.org. “For the 12 months through September 2019, It generated about 72% (or $4.8 billion) of its total consolidated revenue (about $6.6 billion) and 76% ($1.4 billion) of adjusted property EBITDA from Macau operations.”

Wynn, the operator of two venues in the SAR, reports fourth-quarter results today after the close of US markets. It’s likely that analysts will press executives for some clarity on the coronavirus situation.

Concerns about Wynn’s corporate credit rating on the back of the novel coronavirus aren’t new. Earlier this week, Standard & Poor’s (S&P) put the company on review for a possible downgrade, noting that the firm’s leveraged balance sheet provides “limited cushion” with which to deal with virus-induced “operating volatility.”

Moody’s is more sanguine in its outlook, saying that despite the 15-day casino closure policy, there will not be any impact to the ratings of LVS, MGM, and Wynn at this time.

“All three companies have a significant level of consolidated cash resources, free cash flow prospects, and other forms of liquidity that can help these companies absorb a near-term hit to their Macau operations without impairing their respective credit profiles,” said the ratings agency.

Moody’s rates LVS debt Baa3, an investment-grade mark that implies moderate credit risk. The research firm has Ba3 grades on MGM and Wynn, meaning those bonds have “speculative elements and are subject to substantial credit risk.”

Over the near-term, perhaps the most crucial issue facing Macau’s gaming industry is just how long the closures will last. At least one executive has already said it’s possible the peninsula’s venues remain shuttered longer than 15 days.

Even if there is swift resolution on that front, operators will still need mainland China and Hong Kong to reopen travel to and from Macau. Lawmakers in both regions haven’t commented on when important arteries to the gaming hub could open again.

“Macau is located less than 40 miles to the southwest of Hong Kong and is accessible by road via the Hong Kong-Zhuhai-Macau Bridge, ferry, and helicopter, with Macau’s visitation largely dependent on tourists from mainland China,” said Moody’s. “On 3 February, Hong Kong’s Chief Executive Carrie Lam Cheng Yuet-ngor announced the closure of all but two border crossings with mainland China to shut out the coronavirus, with just the Shenzhen Bay joint checkpoint and Hong Kong-Zhuhai-Macau Bridge remaining open.”