Macau could temporarily shut down its casinos in the face of a wider breakout of the Wuhan coronavirus in the gambling hub. 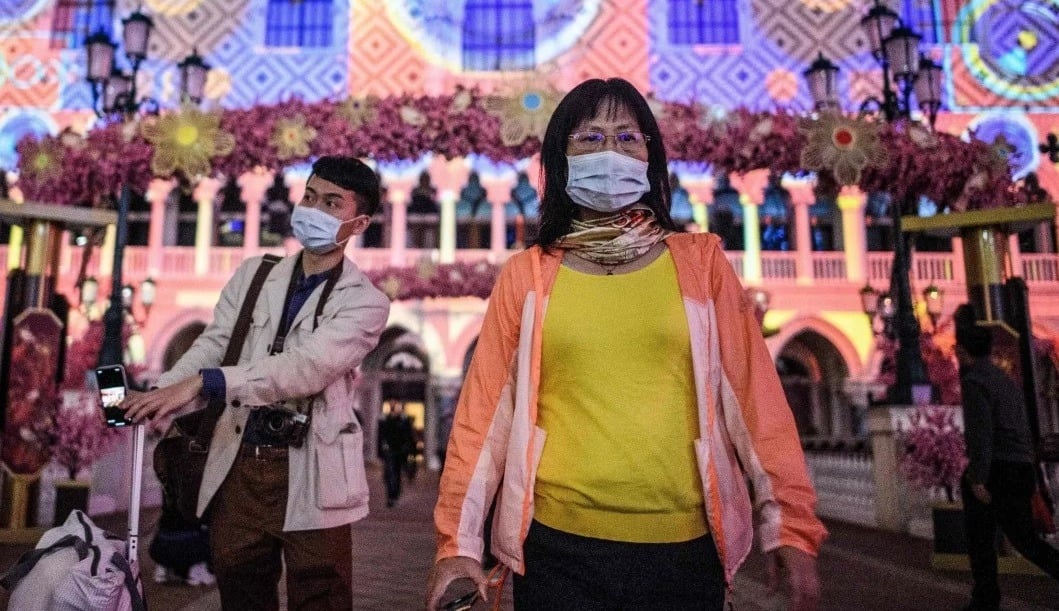 Face masks are now compulsory for workers in casinos as Macau’s government announced it will purchase 20 million more to satisfy demand. (Image: AFP)

That’s according to its most senior politician, Ho Iat Seng, who told a press conference that if the situation were to become more serious, “…no one would go to a casino anyway,” Inside Asian Gaming reports.

Macau authorities and casinos were woefully unprepared for Typhoon Hato, which battered the enclave in 2017, killing 16 and injuring hundreds more. Since then, the government has been granted powers to order the emergency shutdown of casinos in “exceptional circumstances.”

Casino were closed for 33 hours when Typhoon Mangkhut passed close by in 2018.

The coronavirus presents a threat of an entirely different nature, but one that has the potential to be deadlier.

Ho has already taken the major step of cancelling Chinese New Year celebrations — including a fireworks show and parade — after the second case was discovered in Macau on Thursday.

The Lunar New Year celebrations are traditionally the busiest time of the year for the enclave and its casinos.

In both confirmed cases, the virus was detected in recent visitors from Wuhan, who were quickly quarantined. Border control officials are employing body temperature screening devices at checkpoints, and casinos have also been instructed to use these devices to monitor customers entering the casino.

Health authorities believe the virus originated at a fish market in the central Chinese city, where the first case was recorded on December 31. The Chinese National Health Commission said at least 26 people have died from the illness of a total of 830 cases countrywide.

Isolated cases have been reported in several countries, including the US, which announced its second on Friday.

Around 33 million people in China are now under lockdown. Authorities have closed train and bus connections out of Wuhan and 11 other cities in the region, while roadblocks are preventing most private cars from leaving the area.

Under normal circumstances, there are several direct flights a day between Wuhan and Macau.

Officials said they would purchase 20 million face masks from foreign countries unaffected by the illness in order to maintain a stable supply. Homegrown supply is struggling to keep up with demand. Competition regulators in Beijing have been forced to step in to regulate the prices of face masks after reports of skyrocketing prices.