Mashpee Tribe Back in Court to Defend Soveriegnty and Casino


The Mashpee Wampanoag tribe had its day in a federal appeals court Wednesday, as its lawyers argued for the tribe’s right to self-governance and to build a $1 billion casino in Taunton, Massachusetts. 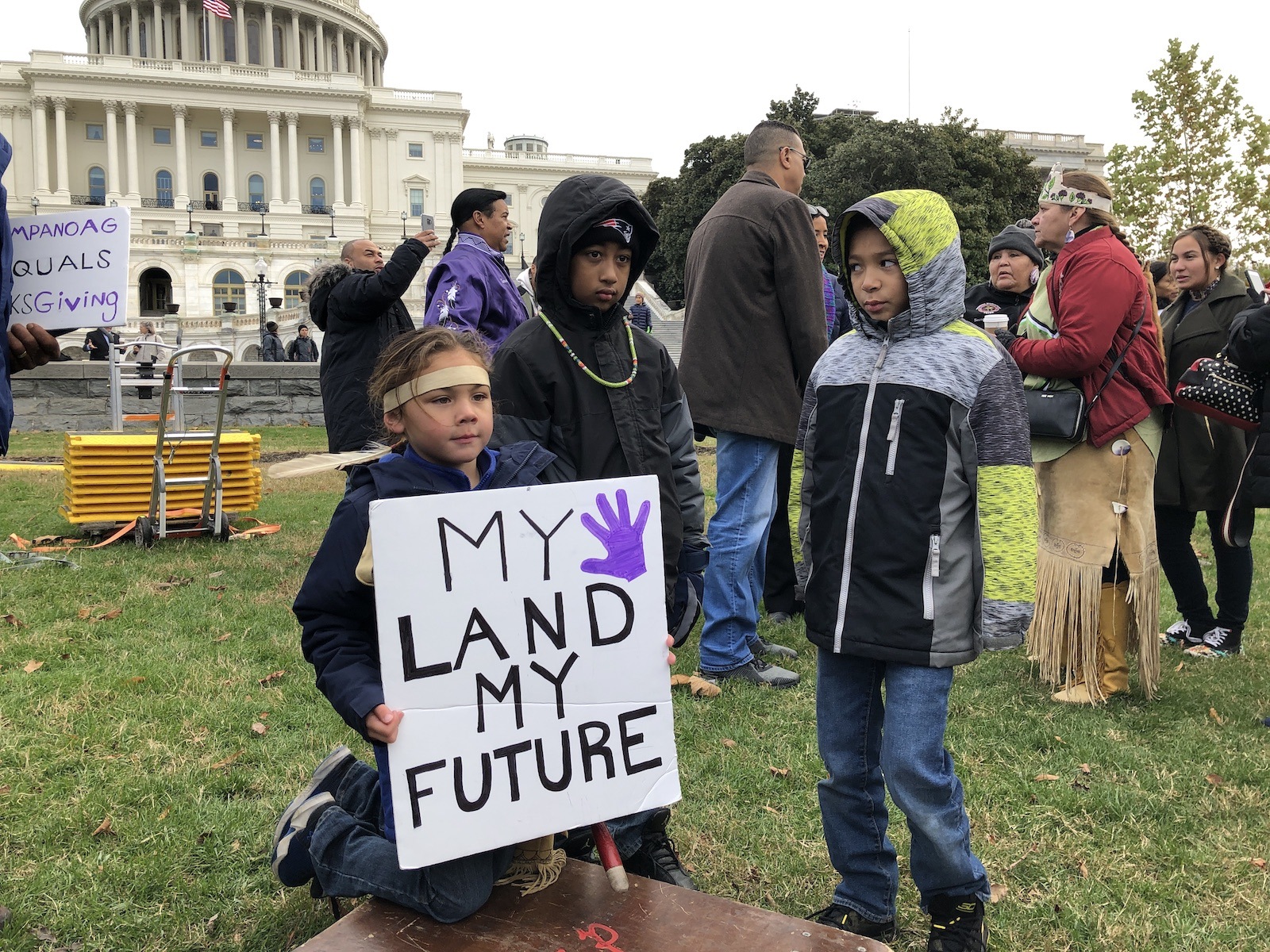 Mashpee children protest in Washington DC against the DOI decision to deprive the tribe of its sovereign reservation. (Image: Indianz.com)

The tribe is hoping the court will overturn a 2016 ruling that threatens to strip it of its sovereignty.

In 2015, the Obama administration took 321 acres of land in Mashpee and Taunton into trust for the tribe. This describes the process where the federal government partially removes a parcel of land from the jurisdiction of a state to create a sovereign reservation.

But the decision was challenged in court by a group of Taunton property owners whose legal fight was bankrolled by casino tycoon Neil Bluhm.

The 2016 ruling by US District Judge William Young sided with the property owners, citing a 2009 Supreme Court judgment known as the Carcieri Decision.

This determined that land could not be taken into trust for tribes that had been recognized by the federal government after the enactment of the Indian Reorganization Act (IRA) of 1934.

Despite being descended from the people who broke bread with the Pilgrims at the first Thanksgiving, the Mashpee was only recognized in 2007, after decades of campaigning.

Young sent the case back to the US Interior Department for reconsideration. In 2018, it reversed the Obama-era decision, depriving the tribe of a sovereign reservation and the casino, which had secured financing from Malaysian casino giant Genting.

How Soon is Now?

Much of this case will hinge on interpreting the intention of the authors of a bill enacted 86 years ago.

The goal of 1934’s IRA was to reverse the traditional aim of assimilating Native American tribes into mainstream society in favor of helping them embrace their historic traditions and cultures by re-establishing sovereignty and building economic self-sufficiency.

The Carcieri decision was named after former Rhode Island governor Donald Carcieri, whose administration successfully contested in the US Supreme Court a DOI decision to take land into trust for the Narragansett Indian Tribe of Rhode Island.

The term ‘Indian’ as used in this Act shall include all persons of Indian descent who are members of any recognized Indian tribe now under Federal jurisdiction, and all person [sic] who are descendants of such members who were, on June 1, 1934, residing within the present boundaries of any reservation, and shall further include all other persons of one-half or more Indian blood.”

The Supreme Court ruled that the phrase “now under federal jurisdiction” referred only to tribes that were federally recognize when the IRA was enacted.

But many tribes have been granted the right to self-governance despite being recognized after 1934.

On Wednesday, lawyers for the Mashpee argued that the language of the clause in IRA is unclear and that the Carcieri Decision — and that of the lower court in 2016 — took too narrow a view on tribal eligibility.

“[IRA] was not a statute meant to nibble around the edges,” tribal attorney Benjamin J. Wish told the panel of judges, “but rather hit a body blow against centuries of mistreatment from the United States to the Mashpee Indians.”

Lawyers for the Taunton residents argue the language is unequivocal.

In what must surely be seen as a positive development for the tribe, Judge Sandra Lynch agreed there were different ways to read the clause. She asked both parties to submit letters within ten days to summarize their arguments,

The panel’s decision is expected to take several months.