NBA and MGM Excited Over Projection Of Huge Earning Growth

The widely available legalized and regulated sports’ betting has pushed the hopes of every stakeholder with the expectation of increased revenue generation of Major League Baseball (MLB) and National Basketball Association (NBA). The higher revenue generation could be the result of spending by betting operators on a publicity campaign, sponsorship in addition to consumption of products and media of the leagues. 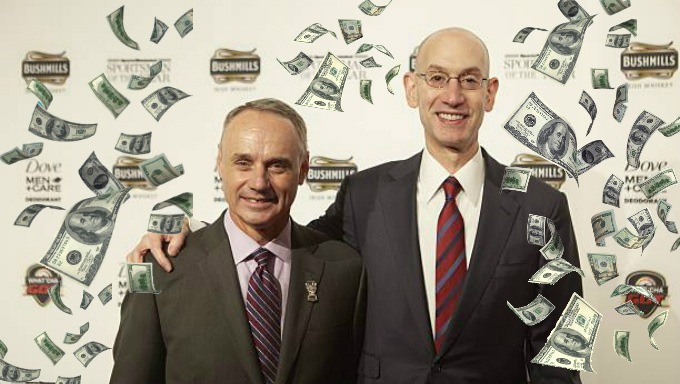 The American Gaming Association has commissioned a new Nielsen Sports study which concluded that the revenue collection might increase by $1.1 billion for the MLB and at least by $585 million as far as NBA is concerned. The study concluded that the increased revenue of $952 million for MLB and $425 million for NBA is expected on account of merchandise and ticket sales besides the advertisement and sponsorship. In addition to the above, there is a certainly an impetus to the local economy by additional tax collections and creation of job opportunities across the country. The extra money is expected through fan engagement through all resources.

In addition to the above, it is heartening to know the gain of $2.3 billion besides $216 million towards the National Football League and the National Hockey League respectively.

Background of the Study

The systematic study of the Nielsen Sports study carried out on 1032 U.S. adults of an age exceeding 18 years across the geography and ethnicity for about a fortnight in May. As expected by many Sportsbook players, the revenue generation by the NFL would be higher than other leagues.

You might recall that the U.S. Supreme Court has struck down the federal law which banned the sports betting. This has widened the provisions to formulate their own sports betting rules for the States across the country. Immediately on the favorable judgment by the Supreme Court, the sports betting has been legalized in New Jersey, Delaware, Mississippi, New Mexico, Nevada, and West Virginia. Taking a cue from the other states, it is likely that some States like Pennsylvania, New York, and Rhode Island also may follow suit in a few months. Overall, nineteen states have amended the state laws to legalize the sports betting.

In any case, working together with the gaming industry would reap rich dividends, and the overall revenue collection might touch $4.2 billion from the legalized sports betting, which elates the hopes of all the stakeholders, including online casino industry. The robust revenue and tax collections would boost up the economy besides offering job opportunities and other avenues to many.