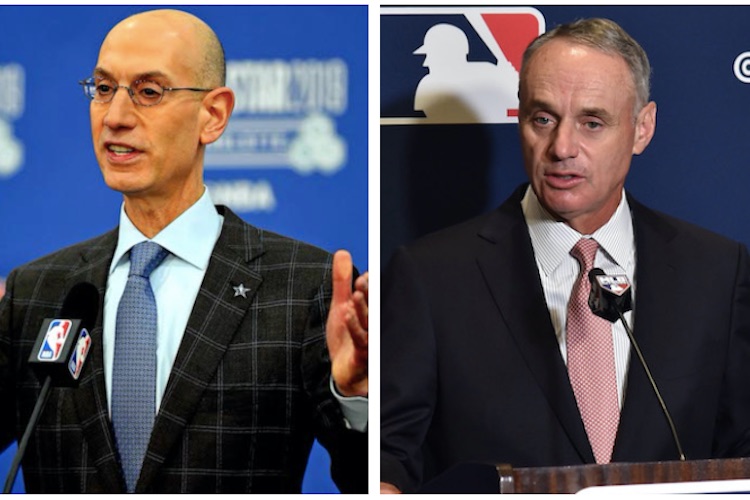 Major League Baseball and the NBA are at the forefront of the fight that professional sports are waging to get a cut of every bet placed on their games.

The logic is simple: sportsbooks, bettors and governments are profiting off the betting of their games, so they should be able to get a cut. That has always been their position and they tried and mostly failed to get those rules written into the state’s sports laws that have been crafted in the past year.

They called them ‘integrity fees’ and what they were seeking is a 0.25% take of every single bet made, win or lose. If those fees would have been put in place then the leagues would supply official data to all of the sportsbooks in the state.

Only one state has adopted that position, and it is one of the most recent additions to legal sports betting, Tennessee. Since the laws aren’t in place yet, it remains to be seen how they’ll be enacted.

Meanwhile in their quest to collect, what the league’s have done instead is create partnerships with data provider companies. They’ve been successful in that venture with both the NBA and MLB creating partnerships with a company called Sportradar, the NBA making a second agreement with Genius Sports and MLB having a second agreement with Perform Group.

But what’s now coming to light is that MLB and NBA built language into those agreements saying that the sportsbooks would also need to create separate agreements with the leagues for the rights to have that official data.

In essence what the leagues are doing is selling their data to their data partners for a fixed amount and trying to get the handles to pay that 0.25% per bet made for using the official data that their odds are based on.

The leagues have been supplying the data without the royalty all year as a grace period while these agreements are being worked out.

The problem for the leagues though is that the sportsbooks in all of the states not in Tennessee are under no obligation to use official data. And if they don’t like the deals being put forward they can turn to unofficial data.

If that happens, then the leagues will have inadvertently created a market for data that is beyond their control and that could also affect the integrity of the game aspect that they’ve been so fixated on protecting.

The NBA is such a lucrative business for sportsbooks that they appear to be in better position to exert leverage in their negotiations.

MLB on the other hand is the least bet upon per game of all the leagues. It is looking unlikely that they’ll get a cut of all bets made, but are instead looking to get a share of in-game bets instead. That makes sense given the popularity and effectiveness of their property Statscast to measure all kinds of instant data such as homerun distance, launch angles etc.

For now, it remains fascinating to watch how these big companies used to bullying their ways to desired results battle it out with one another to ensure they get the biggest pieces of their pie.

We are indeed still in the middle of the wild wild west of sports gambling.