The Kansas City Chief hoisted the Lombardi Trophy as winners of Super Bowl 54, but Sunday was a great day for Nevada sportsbooks, too. 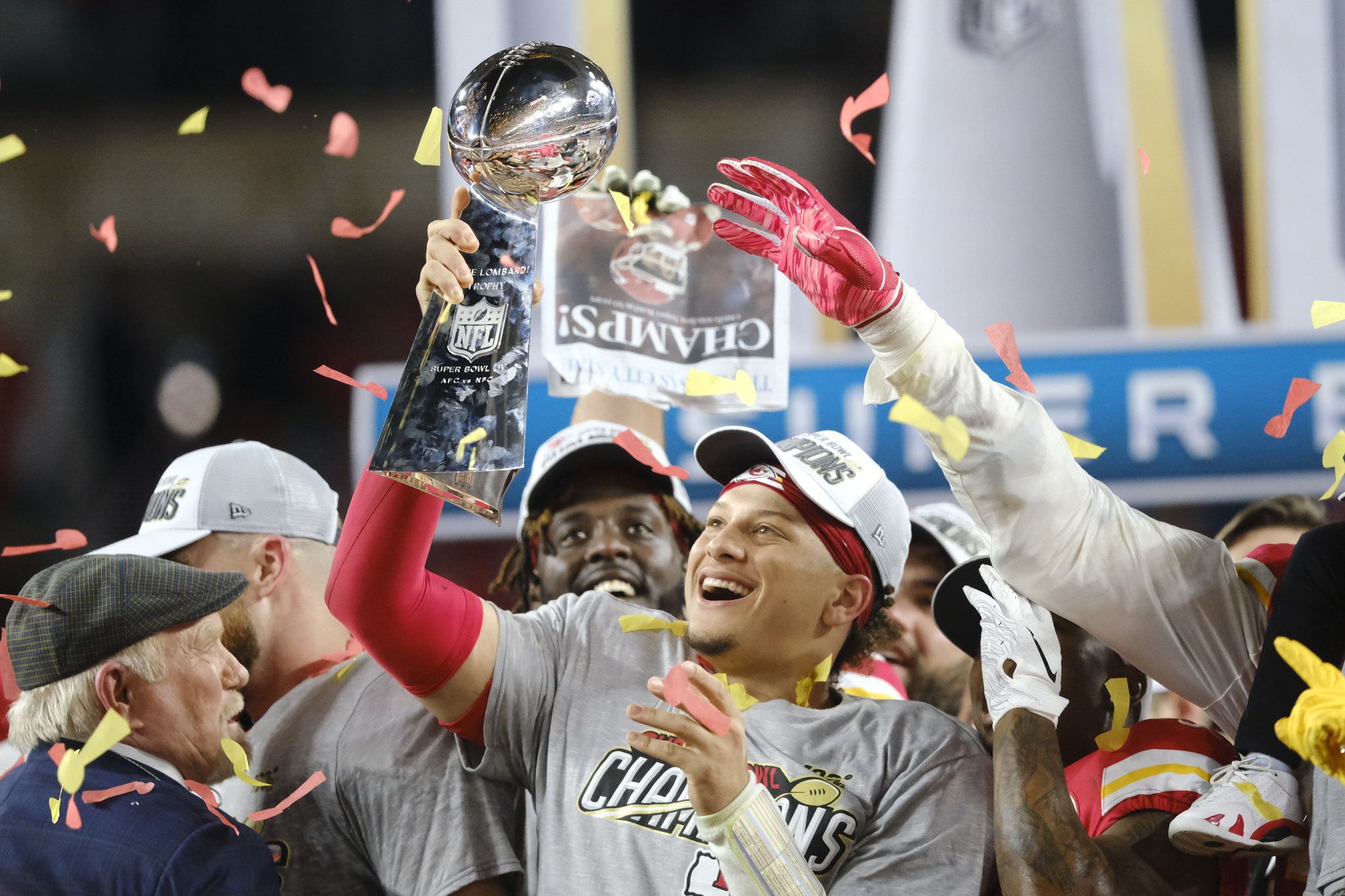 Patrick Mahomes was MVP of the Super Bowl and maybe the MVP for a few Nevada sportsbooks, too. (Image: New York Times)

Silver State books notched a Super Bowl handle of $154.67 million, retaining $18.77 million, or 12.1 percent, of that figure, according to data released today by the Nevada Gaming Control Board (NGCB). Nevada Super Bowl betting figures are usually released the day after the big game, but there was a delay with an unidentified operator on the Las Vegas Strip yesterday, pushing the report to Tuesday.

Both the handle and the hold were the second-best numbers on record for the state. The 2020 handle is surpassed only by the $158.58 million for the 2018 Super Bowl when the Philadelphia Eagles topped the New England Patriots. Nevada’s record Super Bowl hold of 16.5 percent was notched in 2014 when the Seattle Seahawks pounded the Denver Broncos.

While NGCB didn’t release the data until today, immediately following the big game, some sportsbook operators said the outcome was favorable for them. For example, a representative for MGM, the largest operator on the Strip, said late Sunday he believed the result was the best for the company’s sportsbook going back to at least 2008.

The NGCB data pertain to 190 Silver State sportsbooks and while the board doesn’t break out revenue and win percentage on a property-by-property, it’s widely believed that the Kansas City Chiefs vanquishing the San Francisco 49ers 31-20 was a boon for Reno and Lake Tahoe sportsbooks given that region’s proximity to California’s Bay Area.

Sports betting isn’t legal in the Golden State, meaning a fair amount of 49ers fans likely crossed the border to invest in their favorite team over the weekend.

Another boon for Nevada books, as is often the case during football season, was the under hitting. The closing total for Super Bowl 54 was 52.5 points and the betting public largely favors overs. With the Chiefs and 49ers combining for 51 points, that was a victory for gaming companies.

Nevada’s Super Bowl success stands in stark contrast to New Jersey’s futility. The Garden State’s handle for the NFL’s biggest game was $54.28 million and sportsbooks there lost $4.28 million, marking the second straight year they bled cash on the Super Bowl.

Prop bets contributed to revenue and hold for Nevada operators this Super Bowl with one in particular standing out.

Prior to the game, the over/under on rushing yards for Kansas City Chiefs quarterback and eventual Super Bowl MVP Patrick Mahomes was as high as 36.5 yards before settling at 32.5 to 33.5. In dollar terms, that was the most bet prop across the country.

Late in the game, Mahomes had 44 yards rushing, but with the Chiefs in possession of the ball and the 49ers out of timeouts, the quarterback kneeled down to run the clock on three consecutive snaps, trimming a combined 15 yards off his rushing total while creating an infamous “bad beat” for gamblers and a win for the books.