No marquee events on the August sports calendar, no problem for the sports gambling hotbed of New Jersey. In fact, with football just starting to gear up with preseason games and a baseball heavy slate of events, the Garden State still had a handle of $293.6 million and $25.2 million in revenues for the casinos.

That’s a robust 8.5% hold for the house in August and is likely exciting news for casinos with the football season now underway.

Summer betting has typically been among the slowest betting times for the year, especially a calendar like this one with no major events such as the World Cup or the Olympics to fill the slate.

New Jersey took in $251.3 million in July as well. Sports betting has been a huge success in New Jersey, which includes outpacing Nevada in two of the last three months in total handle. Nevada has yet to release their August numbers. 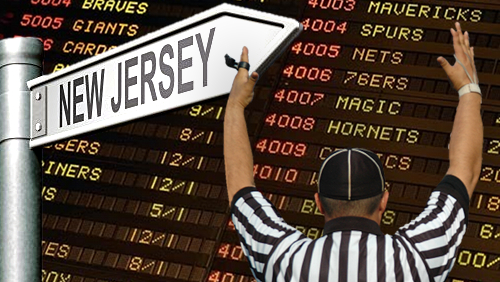 85% of total bets are now being placed through mobile or online apps and that number may continue to rise with new companies entering the marketplace. There are now 16 mobile options with the recent additions of theScore and bet365 coming online in late August.

All of this new sports gambling money is also helping New Jersey to shatter revenue records for the entire gaming industry in the state.

The state’s online casinos took in $41.1 million in August which is a new record for online revenues, beating July’s $39.3 million.

In the first eight months of the year, online casino and poker revenues are now up to $297.9 million which is just a hair behind the $298.7 million the state took in for the entire 2018 year.

Naturally analysts are positively giddy over the numbers and the direction the industry appears to be heading.

The lead sports betting analyst for PlayNJ.com had this to say with news of those revenues, “New Jersey has successfully managed to shrug off competition and continue to grow, and at a faster rate than initially expected.  With new operators launching in September and the NFL season in full swing, New Jersey’s upward trajectory should continue, even as neighboring Pennsylvania expands online sports betting.”

Fellow analyst Eric Ramsey added, “By injecting $30 million in tax revenue in just over a year, there can be little question that sports betting has been an unqualified success for New Jersey. With a more mature industry ready as football gets into full swing, the next few months could show dramatic gains, too.”