False casino tax filings made with the IRS have left one New Jersey man facing up to 10 years in prison after he pleaded guilty to the scheme. 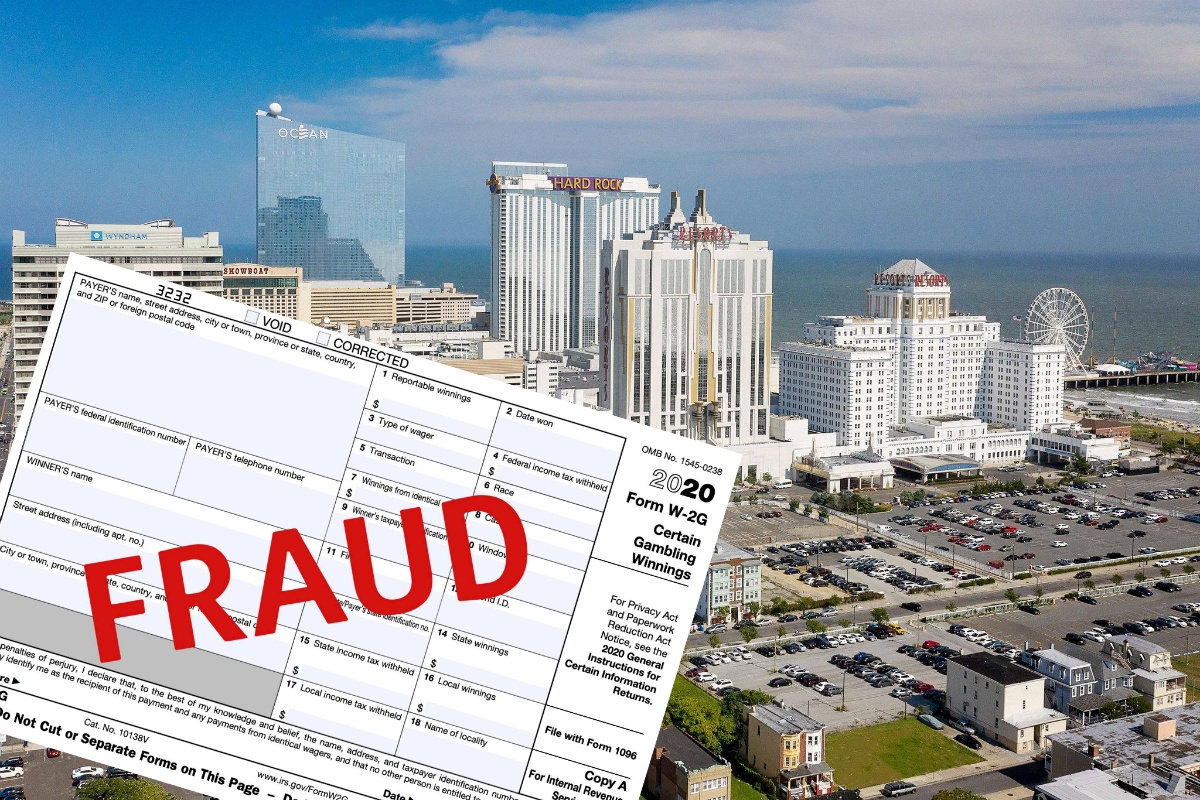 The US Attorney’s Office for the District of New Jersey says Michael Watsey, 43, of South River, admitted to filing false tax claims for gambling winnings for himself and on behalf of other family members and friends. The plot was orchestrated from 2014 through 2016.

Watsey said he prepared a total of 16 false tax returns on his home computer, and gave false documents to the IRS after the federal agency questioned the returns. In total, the falsified returns claimed $3,936,000 in federal tax refunds stemming from casino withholdings.

The IRS paid Watsey and the other unnamed conspirators $1,292,720 before investigators took a closer look. He faces up to 10 years in prison and a $250,000 fine. Sentencing is scheduled for April 7.

Watsey and those he prepared annual tax returns for claimed to the IRS on the paperwork that they were on quite the lucky streak between 2014 and 2016. They won large in Atlantic City, so much so that the casinos – according to federal tax law – withheld a large portion of their winnings.

These false and fraudulent Form W-2Gs bore the names of real casinos in Atlantic City, New Jersey, but were false because the casinos did not prepare them and the person named on the Form W-2G did not earn the large gambling winnings claimed,” US Attorney Craig Carpenito said in the lawsuit.

According to personal finance site Kiplinger, the 24 percent casino tax withholding is to be filed on an individual’s 1040 personal income tax return. “Include the amount withheld on line 16 as federal income tax withheld. It will be subtracted from the tax you owe.”

Watsey’s fraudulent tax returns argued that each individual filer was due a refund from the large casino withholdings.

Gambling losses can be deducted on Schedule A – the itemized 1040 component that is less common among most Americans compared with taking the standard deduction.

However, one cannot deduct gambling losses that are more than the individual’s winnings. As example, if you won $100 on roulette, but lost $300 on blackjack, only $100 can be deducted.

“Remember, casual gamblers can only claim losses as itemized deductions on Schedule A up to the amount of their winnings. It’s a slam drunk for IRS auditors if you claim more losses than winnings,” the site explains.

The exception is for professional gamblers who file Schedule C – which allows the person’s gambling losses to be included in the profit or loss from their business.