The NFL has been in the news more and more lately for its moves surrounding sports betting. The latest announcement to hit the airwaves is that the league has enacted a complete prohibition on sports betting for anyone associated with the league.

What that means is that for anyone even remotely connected with the NFL, including players, owners, management, contractors and vendors, all sports gambling is banned.

Yet, for anyone wondering if that is a negative thing for North America’s biggest sports league and how they may be embracing sports betting in this new age, you can put those fears to rest.

What this announcement is more than anything is good business for a league that wants to make many millions and maybe even a few more billion in association with and helping to facilitate legalized sports betting.

As we’ve heard Roger Goodell say ad nauseum, protecting the shield, the integrity of the game remains one of the league’s top priorities. It’s been the logic he’s given in doling out suspensions and trying to make the game safer. This decision is the NFL doing the same thing to protect itself from any potential issues cropping up from sports betting. 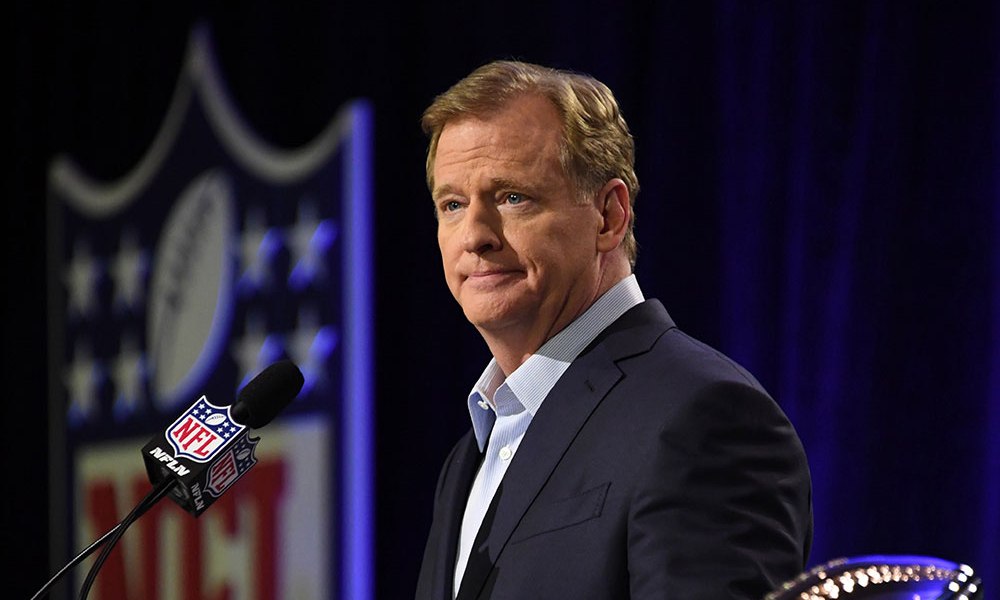 It’s all about getting the NFL’s ducks in a row as they slowly open themselves up to more partnerships that will only grow more lucrative over time.

Up till now, they’ve been content to let the NBA and Major League Baseball dive into the deep end first as they’ve inked the first and bigger deals to share data and create sponsorship opportunities with the gambling industry.

It’s been those leagues as well who have tried -and mostly failed to this point- to ensure that only official league data is used to set odds in states where sports betting is now legal. That kind of agreement which is in place in Tennessee and Illinois will mean that every bet will be made after buying data from the leagues and the NFL will profit from that agreement as well.

In starting to wade into the pool, the NFL has made some moves this spring and summer that is starting to reveal some the long-term directions they are planning on taking.

The biggest news was when they agreed with Sportsradar to expand their already existing agreement. In so doing they are laying the ground work to provide these technology leaders with the kind of data they’ll need to start implement more sophisticated in-game live betting.

They also announced their first sponsorship agreement with a casino- namely Caesars which is worth north of $30/million per year. It does not include using data, rather just co-branding opportunities.

But again, I see that as the NFL wading carefully, not because they are hesitant to embrace sports betting, but because once they dive into the deep end, they plan on maximizing every dollar and every opportunity that exists.