NFL’s big boss Roger Goodell has issued a statement concerning future US Sports betting in which he laid out the fundamental principles the league desires to see inserted into any United States federal legislation. Commissioner Goodell has restructured his league’s position on sports betting matters after the defeat of the NFL and four prominent American Sports Association (NBA-NHL-MLB-NCAA) in the recent US Supreme Court ruling that overturned PASPA – Professional and Amateur Sports Protection Act. PASPA is the federal law that prohibited most of the United States from offering legalized sports betting for over a quarter of a century. 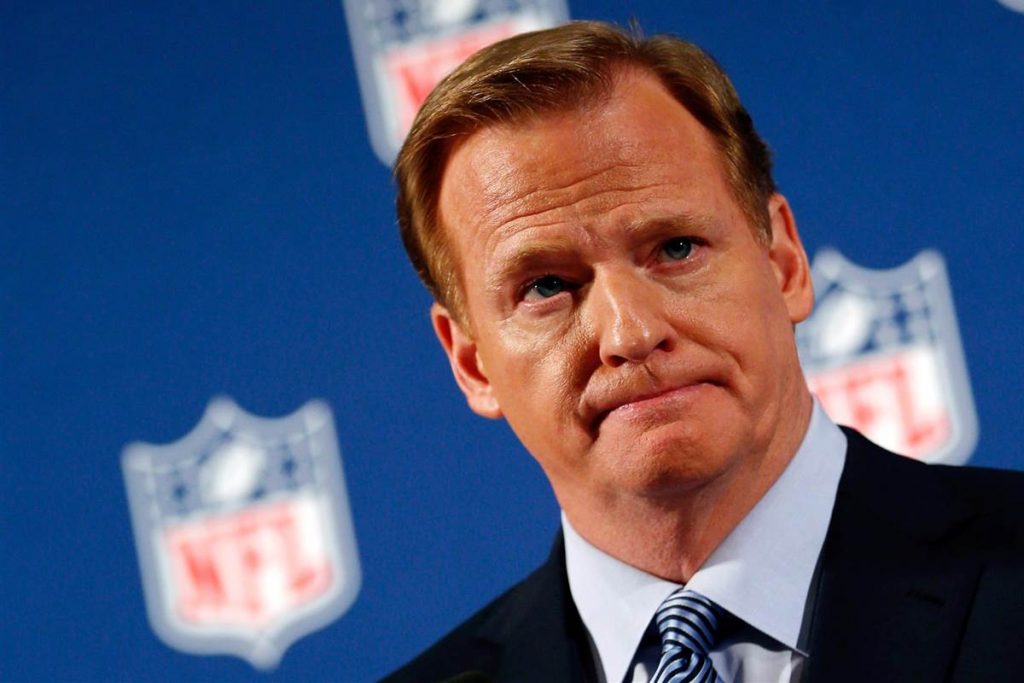 The NFL appears resigned to the sheer reality that regulated sports wagering is coming to a majority of US states within the next few years. However, the commissioner and the NFL have offered their own take on how this US-wide sports betting trend should be shaped. According to a statement released by Goodell, the NFL believes that four core principles should be implemented. “Our fans, our players and our coaches deserve to know that we are doing everything possible to ensure no improper influences affect how the game is played on the field” Goodell said. He added: “This week’s ruling by the Supreme Court has no effect on that unwavering commitment.”

The Commissioner also said that the NFL is asking Congress to ratify uniform standards for states choosing to legalize sports betting that comprise these principles:

Noteworthy in the third core principle offered is the inferring at a data-rights fee as a means of extracting some form of payment from any sports betting market. This diverges from the approach put forth in many state-level legislative debates in recent months which have seen lobbyists from some of the other major American states pursue a piece of the action that way. Whether dubbed as an integrity fee, a flat royalty, a data-rights fee or something else, the NFL and the other major American Sports organizations will face a tough conflict, mainly at the state level. This underwrites to why the leagues will likely look for a blanket win, meaning a fee legislated at the federal level.