The Norfolk casino issue is a complicated and divisive topic in the Virginia waterfront city, prompting the local mayor to form a committee to discuss gaming with the public. 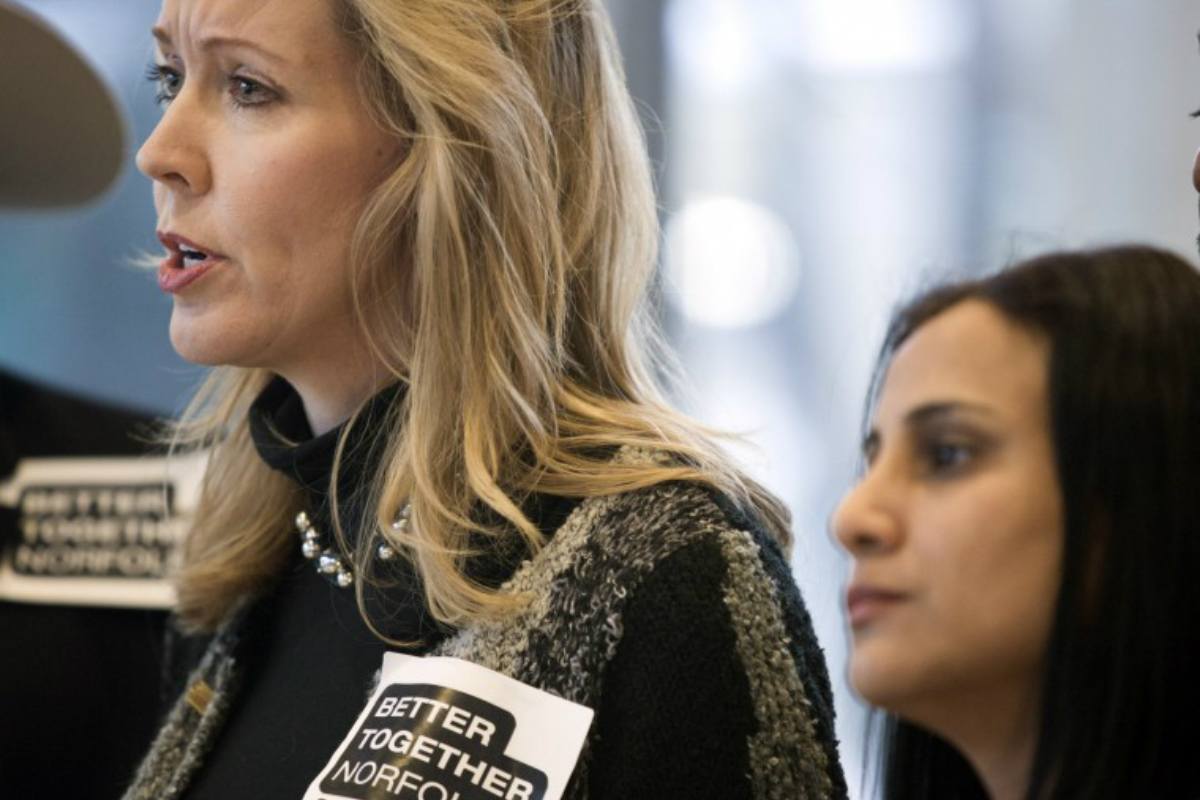 Andria McClellan (left) is the lone opposition among the Norfolk City Council against selling land to a Virginia tribe that wants to build a casino. (Image: Andria McClellan)

On Tuesday, the Norfolk City Council – without any warning or public notice to citizens – announced it was forming the Mayor’s Committee on Gaming to “educate the impact” a proposed integrated casino resort would have on the area. The committee will be made up of 11 members, and will hold town halls.

Apparently, it wasn’t only the public that was unaware of the decision to create a casino committee. Council member Andria McClellan said she didn’t know about the gaming group until the meeting began Tuesday.

“I’m disappointed that this is the first time that I’m seeing this,” McClellan said. “I’m not sure why we didn’t discuss this previously.”

Mayor Kenny Alexander refuted her claims, saying, “The resolution was in everyone’s folder. Everyone received it at the same time.”

McClellan was the lone “No” city council vote against its 7-1 decision in September to sell 13.25 acres of city-owned land to the Pamunkey Indian Tribe for nearly $10 million. The Native American group wants to build a $700 million casino resort on the property.

Virginia Gov. Ralph Northam (D) signed legislation in March that permits a casino in the cities of Bristol, Danville, Portsmouth, Richmond, and Norfolk. But thousands of citizens in Norfolk say who will operate the casino has been fast-tracked largely behind closed doors.

Citizens for an Informed Norfolk submitted a petition signed by 3,400 residents to the council during Tuesday’s meeting. The petition forces the council to reconsider its decision to sell the land.

Two public hearings on the matter are scheduled for December 16 and December 19, both at 6 p.m. The events will occur at Granby High School and Lake Taylor High School.

Jackie Glass pushed for the review. “Most of us are looking at this like, ‘Okay, well, we should know more before we decide to flat-out go into a tribal casino and move forward with this deal,’” she explained.

A critical concern among opponents to selling the land to the Pamunkey Tribe is that the casino will become a tribal venue – not a commercial venue. If the Interior Department takes the land into trust, the Native American group could potentially skirt certain taxes.

The tribe would still share gaming revenue from its slot machines and table games.

Pamunkey spokesperson Jay Smith said the advantages of a tribal casino outweigh the benefits Norfolk would reap from a commercial venue.

“It is worth noting that many of the JLARC figures cited by Ms. McClellan are conservative projections and based on commercial operators, while the Tribe is going to operate their resort and casino in a manner differently than how commercial operators will. An example of that is salaries, where our employees can anticipate to make more at a tribal casino than they would at a commercial casino,” Smith declared.