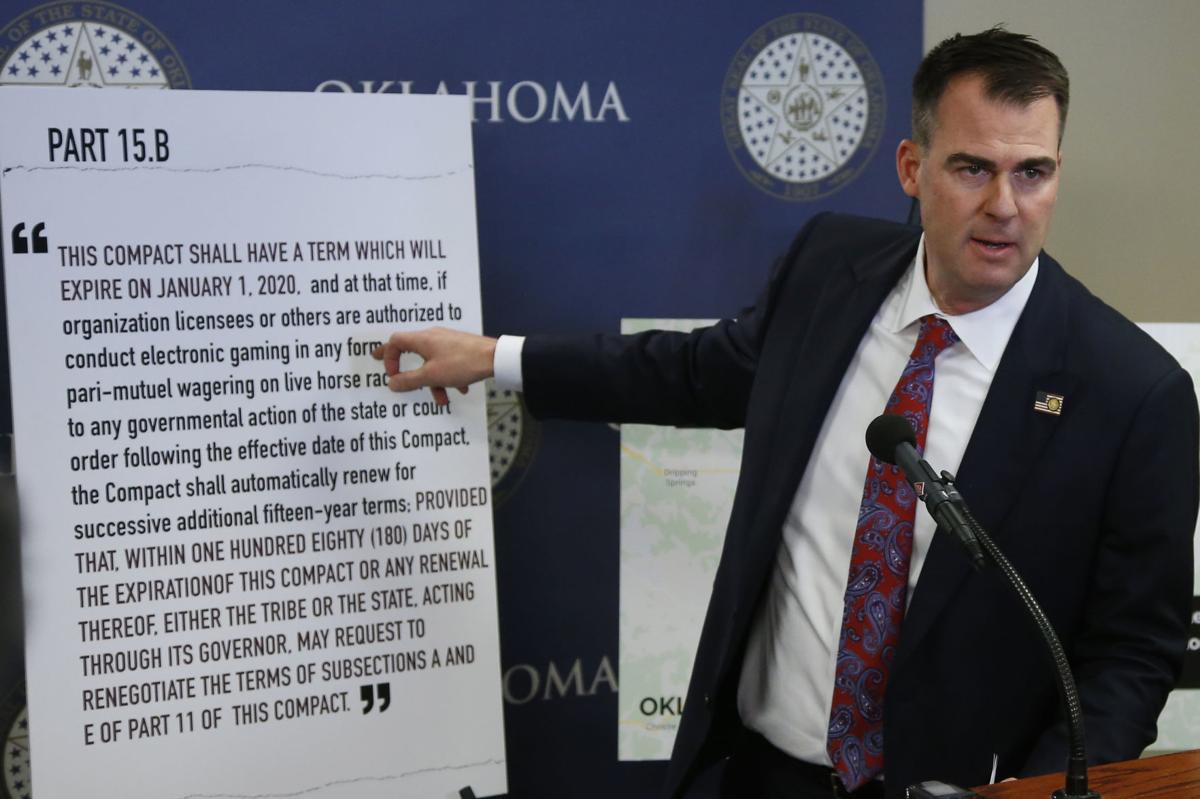 Three Oklahoma tribes are suing Gov. Kevin Stitt for his claims that they need to share more of their casino revenue with the state. (Image: Sue Ogrocki/AP)

We have a solemn duty to protect the sovereign rights of our Tribal Nations, as well as the interests of our citizens,” Chickasaw Nation Governor Bill Anoatubby said in a statement accompanying the lawsuit.

“While we prefer negotiation to litigation, the federal court is now the only reasonable alternative to bring legal certainty to this issue. We remain hopeful we will continue to have a productive and mutually beneficial relationship with the State of Oklahoma once we have resolved this issue,” Anoatubby concluded.

Stitt is threatening to allow commercial casino operators access to the state should Oklahoma’s tribal groups refuse to renegotiate their gaming contracts. Under the current arrangement, the Native American casinos share between four and six percent of their slot gross gaming revenue (GGR), and 10 percent of their table win with the state.

The compacts expire tomorrow, January 1. The tribes contend they automatically renew for 15 years.

In the tribes’ lawsuit, the Native American groups ask a federal judge to weigh in on the dilemma.

“The governor’s stance on the gaming compact has created uncertainty and has been seen as a threat to our employees and our business partners,” said Choctaw Nation Chief Gary Batton. “We see this legal action as the most viable option to restore the clarity and stability the tribes and Oklahoma both deserve by obtaining a resolution that our compact does automatically renew.”

Oklahoma’s federally recognized tribes operate dozens of casinos across the Sooner State. Since their gaming compacts were reached in 2006, the state has received roughly $1.5 billion in casino taxes.

In 2019, the state is on pace to receive about $148 million. Native American casinos aren’t required to disclose their GGR, but assuming a six percent average tax share, the Oklahoma tribes are likely looking at around $2.5 billion in gambling wins.

At 25 percent, the state would collect around $625 million – nearly half of a billion dollars more than the government will this year.

Stitt, a member of the Cherokee Nation himself, responded to the lawsuit today.

I am disappointed that a number of Oklahoma tribes, led by the Chickasaw, Cherokee, and Choctaw Nations, did not accept the State’s offer on Oct. 28 for a three-person arbitration panel to resolve our dispute outside of court. This was … a win-win for all parties,” the governor said.

“I was elected to represent all four million Oklahomans, and I will continue to be laser-focused on an outcome that achieves a fair deal and is in the best interest of the state and its citizens,” Stitt concluded.