A Florida man who lost several thousand dollars to an acquaintance he later allegedly shot and set on fire left a glaring trail of evidence behind him, The Tampa Bay Times reported this week. 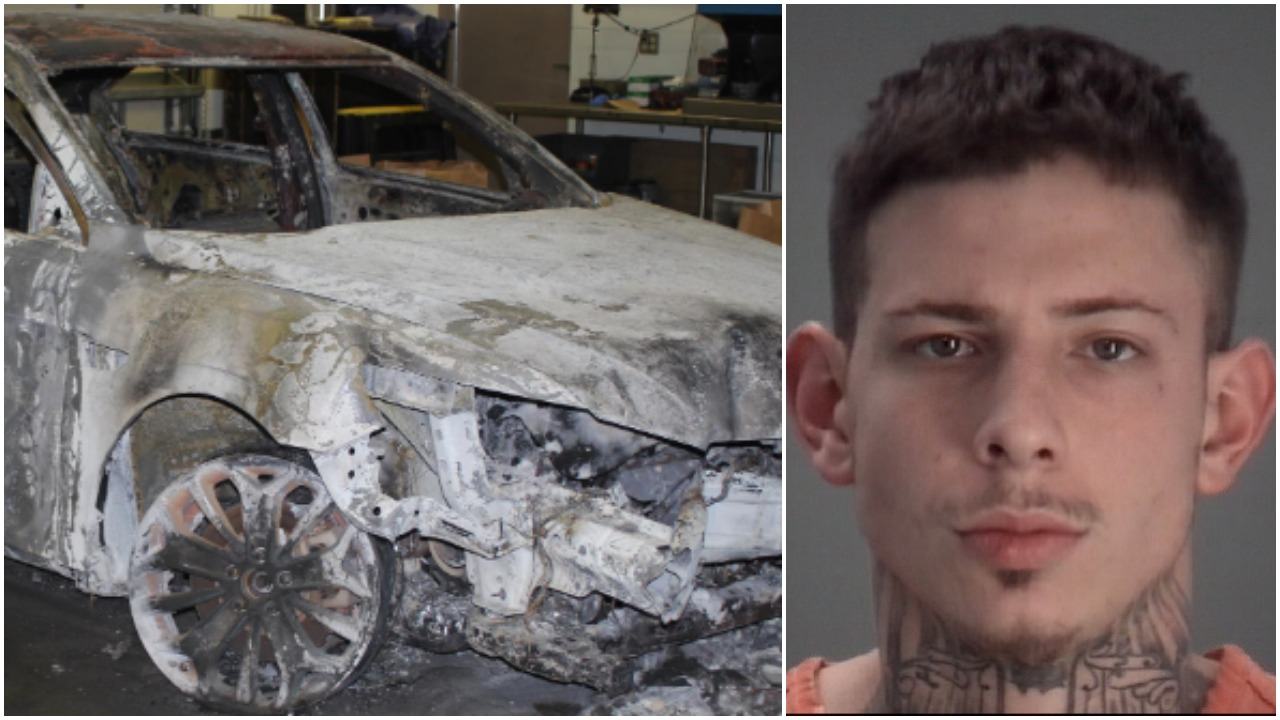 Michael Psilaskis Jr sent a series of texts to a witness to say he was thinking about murdering the victim. (Image: Tampa Bay Times)

But sore loser Michael Psilakis Jr.’s master plan for murder proved to be as sub-optimal as his poker playing. Last week, police charged him with first-degree murder for allegedly setting fire to a car with his victim inside.

The victim – who had incurred Psilakis’ anger by beating him at cards for a reported £3,500 – is unnamed under Marsy’s Law, a constitutional amendment that safeguards the identities of victims, adopted by Florida voters last November.

The 21-year-old Psilakis’s first strategic misstep came when he texted another player in the game to ask his advice about whether he should kill the man. He was advised not to.

Later, for good measure, he texted the same player to tell him he was “still thinking” about shooting the victim. His correspondent reported the alarming texts to authorities, but it was too late.

Bleeding Through His Socks

The victim was reported missing October 30, the day after the card game. His charred remains were found two days later by construction workers in a burned-out car in the woods near Key Vista Nature Park.

In the 24 hours leading up to the alleged crime, Psilakis, from Hudson, Pasco County, had googled the terms, “can u shoot through a seat,” “can a bullet go through seat,” “someone shot through car seat,” and “how to treat burns.”

As the last person to see him before his disappearance, Psilakis was initially interviewed about the missing man on October 30. Police noticed a large burn on his shin and blood seeping through his socks.

Psilakis claimed his girlfriend had thrown hot oil on him during a domestic argument.

Blood in the Garage

The suspect was later turned in by his mother, whom he lived with. She told police she had found a suspicious amount of blood splattered around her garage.

When her son happened to call her as she was talking to the police, she allowed detectives to record the call.

During the conversation, Psilakis offered a different explanation for the burns on his shin, claiming he had inadvertently set himself on fire while filling up his car at a gas station. He also asked his mother to provide an alibi.

He was arrested when he returned home and racked up additional charges for resisting arrest and having a stolen handgun in his car.

The bullets in the gun matched those found in the front seat of the victim’s burned-out vehicle.