Pressure is mounting on District of Columbia Councilman Jack Evans to step down from his position after an independent report of ethics complaints tied to the longtime Washington local lawmaker was released earlier this week. 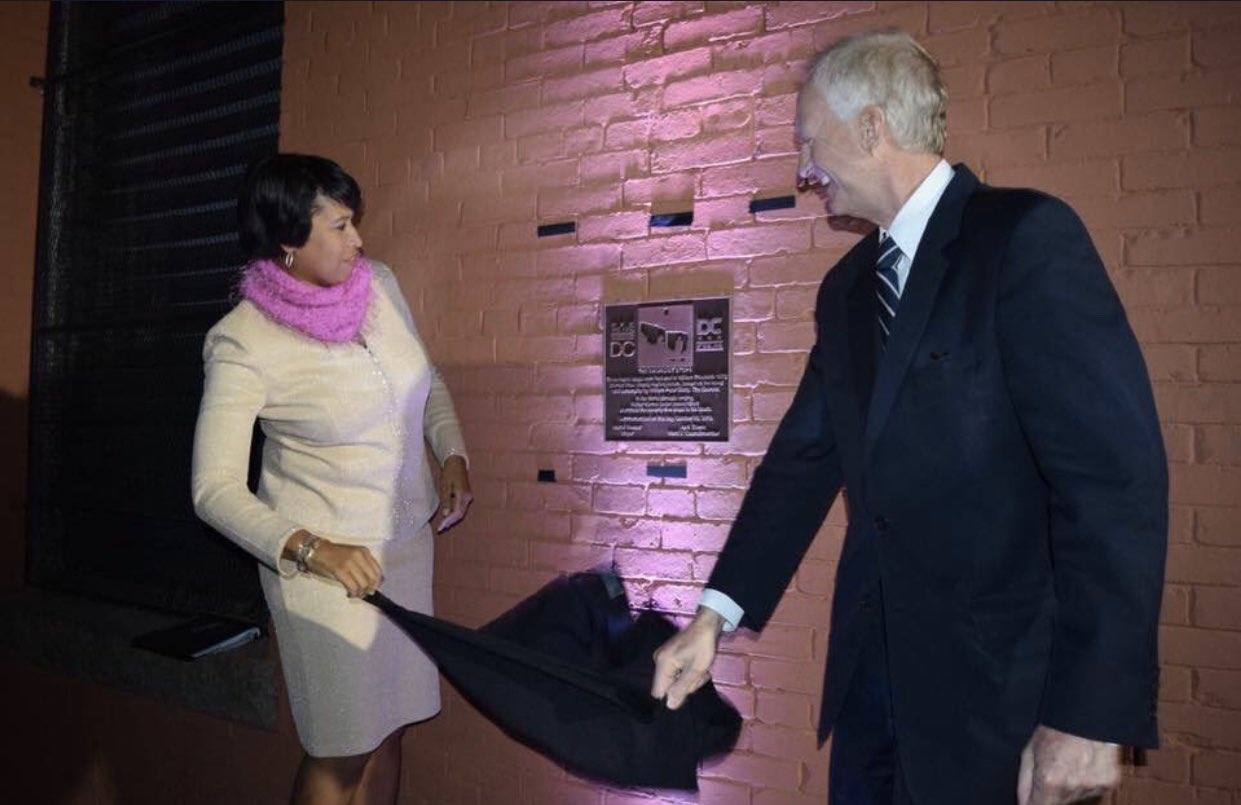 DC Councilman Jack Evans, seen here last week at an unveiling of a plaque denoting a famous scene from “The Exorcist,” faces calls to step down from his post by a majority of his colleagues after a report cited numerous ethics issues tied to him failing to disclose personal business relationships when casting votes on Council matters. (Image: DC Council/Twitter)

Evans was a key proponent on the council not only to help legalize sports betting in the nation’s capital but to also push for a sole-source contract to Intralot to run the DC Lottery’s operations. That contract has since been challenged in a Washington court.

On the same day the Council passed the Intralot contract, by a 7-5 vote, it also passed a resolution calling for a review into Evans personal business connections with companies doing business with DC government and its prime contractors.

The investigation conducted by lawyers with O’Melveny and Myers examined Evans’ relationships with a “significant number of outside entities,” according to the report. That included relationships tied to the DC Lottery contracts, including Intralot. However, the report states that there was not enough evidence to prove that Evans personally benefitted as a result of the council’s actions.

However, the report far from absolved the councilman. Instead, it concluded Evans, an attorney, routinely failed to disclose relationships with businesses that received consulting services from him. Over the last five years, he took actions as a councilman that benefitted his private business clients without publicly acknowledging the relationships.

Evans displayed a generally casual attitude towards the ethical responsibilities of a public official, exemplified by his “I know it when I see it” approach to conflicts of interests, which contributed to his repeated failures to comply with a number of basic ethical duties,” the report stated.

After the release of the 97-page report, WAMU-FM reported that eight of Evans’ colleagues called on him to resign from his seat, which he has held since 1991.

After the Council’s report was released, Evans’ attorneys submitted their response to it. Attorneys with Winston and Strawn and BakerHostetler called the report’s conclusions “flawed” and that any errors their client made were simply misunderstandings and not done intentionally.

“There was no evidence or conclusion of tying financial gain to official acts or Mr. Evans changing a position to benefit a client,” the rebuttal stated.

They also called the Council’s investigation a rush job. Saying that the 10-week review of 60,000 documents should have taken a much longer time to complete.

In addition to the Council’s investigation, Evans is also under a federal investigation into his business activities.

In a letter to Evans’ lawyers, Councilwoman Mary Cheh said Evans will be given the chance to speak before the council’s special committee charged with reviewing the report and making recommendations to the full council on what actions it should take against him. Cheh serves as the chairwoman for the committee.

Should that committee recommend unseating Evans, it would require the support of 11 members of the full 14 member DC Council. With Evans on the Council, it means all but two remaining councilmembers would have to support removal for it to happen.

The committee has until February to issue its recommendations to the Council.