Sept. Kentucky Derby in Works as Ellis Park in Talks with Churchill Downs


The Kentucky Derby, one of America’s top sporting and gambling events, will move to September as a result of the ongoing coronavirus pandemic. 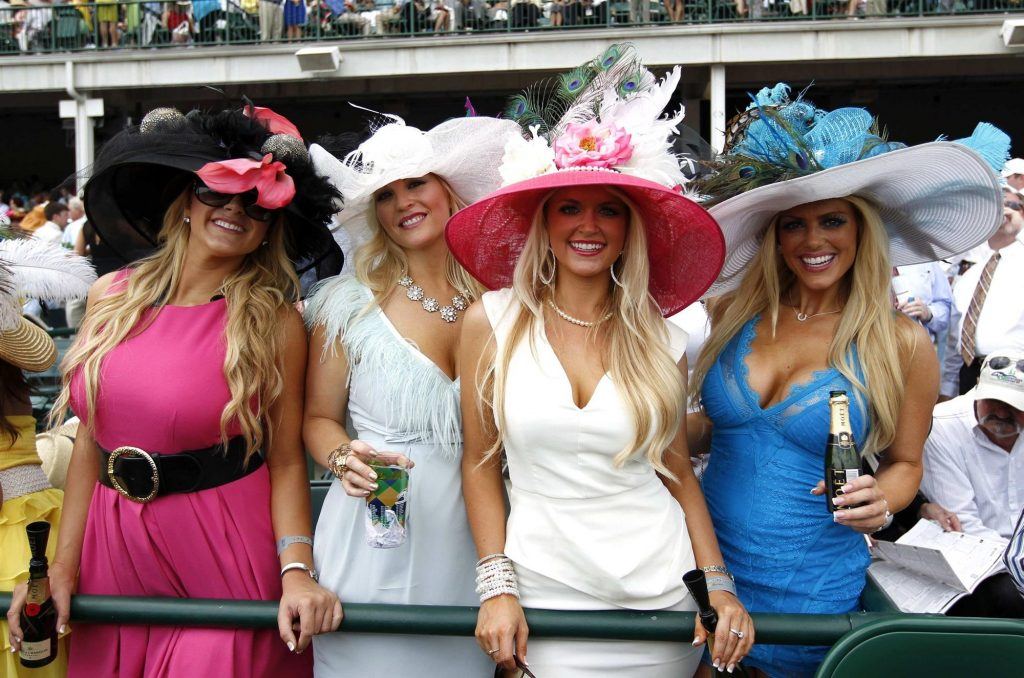 Based on reports that the Kentucky Derby will move to Sept. 5, fashion trends for this year’s Kentucky Derby may look a little different this year. (Image: Jeff Haynes/Reuters)

Churchill Downs Inc. announced Monday afternoon it would hold a press conference Tuesday at 9 am ET to discuss the timing of the prestigious horse race. Hours after that, media reports citing unnamed sources said the new date would be Sept. 5, the Saturday of Labor Day weekend.

The last time the race did not run on the first Saturday in May was in 1945, when it took place in June.

On Saturday, trainer Bob Baffert spoke to reporters and said he was told the Derby could be rescheduled to June or September.

A message to Churchill Downs officials was not returned Monday evening.

“Do What’s Best” for Kentucky

Currently, Ellis Park in Henderson holds the rights to race on Sept. 5 in Kentucky. Skip Sayre, chief of sales and marketing for Ellis-owner Laguna Development Corp. told Casino.org he could not say an agreement had been reached.

We certainly want to do what’s best for the racing industry in Kentucky, and we intend to do that,” he said.

Like other gaming facilities across the country, Ellis Park shut down its historical horse racing (HHR) parlor indefinitely on Monday to protect the health of its workers and customers from the COVID-19 coronavirus.

That shutdown will affect Laguna’s plans to invest $100 million in upgrades to the track and expand the HHR parlor. Some work has already started, including expanding the number of HHR machines from 179 to 300.

“There’s no question it will delay our groundbreaking and construction of the new facility that we’re planning to open in 2021,” Sayre told Casino.org. “There’s so much uncertainty. We don’t know when we will be able to start the project. Obviously, everything is on hold for the time being.”

Still, Sayre said Laguna is excited about the potential for an expanded and refurbished Ellis Park.

When asked if the expansion could benefit from a possible share of revenues from a September Derby, Sayre said he wasn’t sure those two issues were related.

A Kentucky Derby in September doesn’t just affect Ellis Park. It would have large repercussions in horse racing, and not just with the other Triple Crown races.

Pimlico, owned by The Stronach Group (TSG), runs a limited meet and only in the spring. It also owns Laurel Park, which is located halfway between Baltimore and Washington, DC. Laurel is scheduled to run in September. Maryland state law does allow for the Preakness to be run elsewhere in case of an emergency.

In a statement sent late Monday night, the TSG’s Maryland Jockey Club said it’s working with state and local governments, as well as other stakeholders in racing and media to determine the next steps for the traditional second leg of racing’s Triple Crown.

“Our first priority in these difficult times is the health and welfare of our industry participants and the public at large… While we are mindful of the challenges these times present, we also know that events like the Preakness Stakes can help restore our sense of place and economic well-being to our communities and state. As soon as we have further clarity on these matters we will inform all,” the statement read.

The 2020 fall dates in New York have not been published, but Belmont ran in October last year.

Besides the Triple Crown races, a number of key Kentucky Derby preps and even some major summer races will likely be affected by a rescheduled Run for the Roses. That could include the Haskell Invitational, which is set for July 18 at Monmouth Park in New Jersey, and the Travers Stakes at Saratoga Race Course in New York. The Travers, like the Haskell, is a major race for 3-year-olds and set to run on Aug. 29, a week before a reportedly rescheduled Kentucky Derby.

A message to the New York Racing Association was not returned Monday night.

Regarding the Haskell, Monmouth Park CEO Dennis Drazin told Casino.org in an email everything’s on hold until the Derby announcement is made.

“Right now, we have to see what Churchill, NYRA, and Maryland decide,” he said.