A Spanish news reporter seemingly quit her job live on-air after discovering she picked the winning numbers to the country’s El Gordo (The Fat One) Lottery Christmas bonanza. 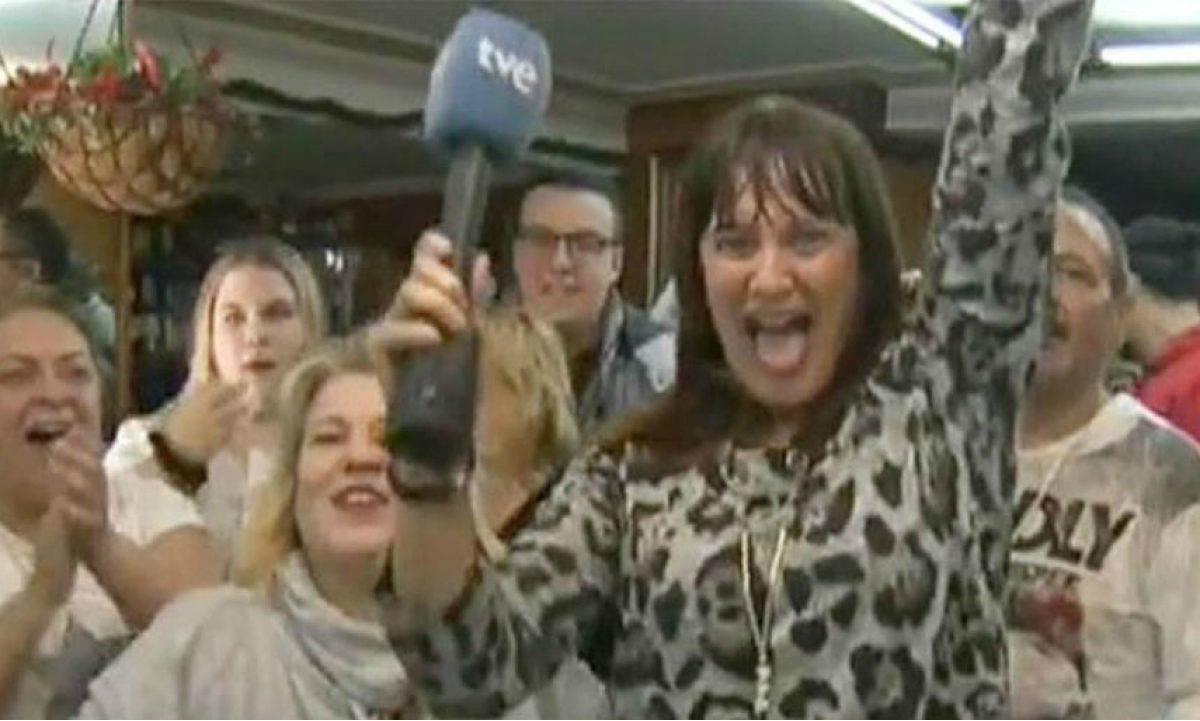 Natalia Escudero, a journalist for public broadcasting network RTVE, was covering the Spanish Christmas Lottery drawing at an event in Valencia when she learned she was a winner. The lucky holders of the ticket number 26590 took the top prize of 400,000 euros ($436,000).

An ecstatic Escudero said live on television, “I’m not going in tomorrow!” She waved her finger in front of the camera basking in what she thought was her new-found wealth.

Natalia doesn’t work tomorrow! Woo! It’s not ‘The Truman Show,’” she added, referencing the 1998 film where star Jim Carrey learns he’s the star of a broadcasted reality television series and his life is entirely simulated.

Outside the event in another on-air spot, Escudero had champagne poured over her as she continued to celebrate.

Escudero has been a journalist for 25 years, but her future is now unknown following what many in Spain might consider career suicide. She seemingly flaunted her lottery win to viewers and her co-hosts, actions that are now coming back to bite her.

Here’s the catch with Escudero’s lottery win. Hang with us, it’s a complicated lottery arrangement.

The Fat One is the richest prize in the Spanish Lottery’s annual Christmas draw. Unlike US lotteries, players don’t pick their own numbers. Instead, retailers are given numbers from a pool of 100,000 numbers that they sell to customers.

To make the game more affordable, retailers then break each billete down 10 times into “decimos” that cost 20 euros ($22) each. Retailers can further break down the ticket number into smaller “series.”

The amount wagered determines the percentage of one’s share of the $436,000 grand prize. In Escudero’s case, she learned her cut was just 5,000 euros ($5,590) – not exactly enough to call it quits and walk off into retirement.

After learning she hadn’t struck it rich in the Christmas drawing, Escudero is now on damage control, trying to win back viewers – sort of.

She said via Twitter that she had recently endured a “difficult” few months due to “personal reasons,” but over her 25-year career she has upheld a “rigorous and proven work” ethic with a “clear conscious.”

“It is sad that Natalia Escudero is today known as the manipulative and lying journalist from RTVE,” she tweeted.