The Indiana Gaming Commission (IGC) announced on Friday it is investigating Spectacle Entertainment after the state agency received information that a member of the company’s management team may have been connected to violations of federal campaign finance laws. 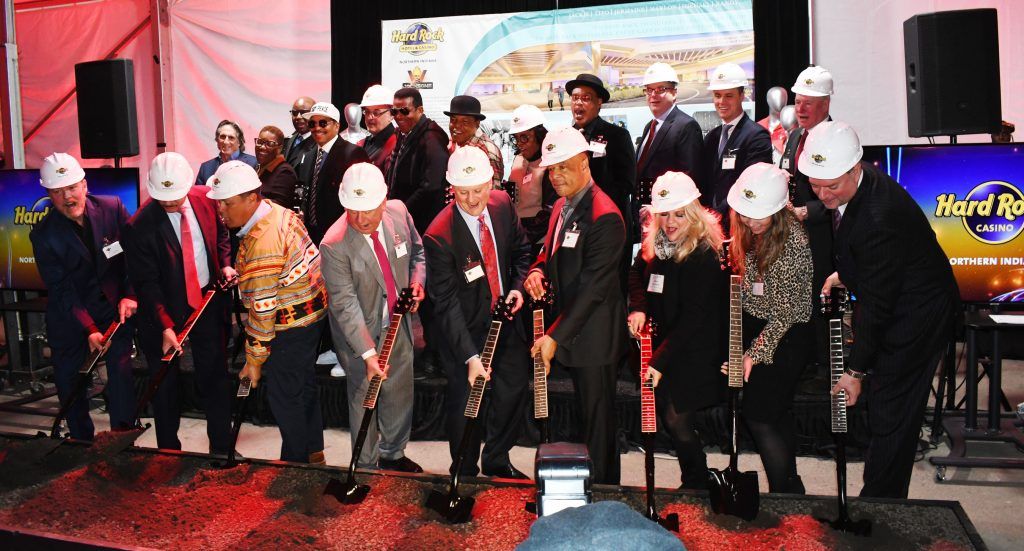 The IGC also decided to postpone a planned hearing on Spectacle’s application for the state’s open casino license.

Spectacle was formed last year by Rod Ratcliff, the former owner of Centaur Gaming, and Greg Gibson, a Terre Haute, Ind. businessman, a few months after Centaur sold the two racinos it owned in the state to Caesars Entertainment in July 2018 for $1.7 billion. In November, Spectacle bought the Majestic Star riverboat casinos based in Gary.

The news comes two weeks after the Indianapolis-based company broke ground on its $300 million casino venture with Hard Rock International in Gary, which will stand as the replacement to the Majestic Star boats. Spectacle will own the casino, while Hard Rock serves as the operator.

However, the IGC’s investigation could change that.

It’s an acknowledgment that a suitability issue could impact all of Spectacle’s gaming interests,” the commission said in a statement to Casino.org on Saturday.

It also comes two weeks before the IGC was to hold a Feb. 7 hearing on the firms’ application for the license Vigo County, whose main city is Terre Haute. The two have a similar concept for the Terre Haute casino but on a smaller scale as they expect to invest $150 million to build it.

The group was the only applicant for that proposed casino.

The Majestic Star boats will continue operating as normal during the investigation, the commission said.

On Thursday, in a US District courtroom in Virginia, Charles “Chip” O’Neil pleaded guilty to a single charge of conspiracy to make conduit contributions in 2015 to a congressional candidate based in Greenwood, an Indianapolis suburb.

According to court documents, O’Neil was an executive of a campaign consulting company. Prosecutors claimed he was part of a conspiracy with a business named in court documents only as “Company A” and worked with an individual identified in the same document as “Person A.”

“Company A,” according to court documents, was incorporated in Delaware and based in Indianapolis, and “Person A” was its vice president and general counsel.

O’Neil worked with others in his firm and with “Person A” to pass more than $15,000 in funds from “Company A” to a candidate’s campaign identified as “Committee 1.”

Prosecutors said O’Neil got at least eight people to write checks of $2,700 each–the maximum allowed under federal law at the time–to the campaign. He then used money from the company to reimburse them. Along with Kelley Rogers, his boss at the consulting firm, and “Person A,” he then devised a plan to create bogus invoices to the company, which served as a cover for the repayments.

He faces up to five years in prison, a fine of up to $250,000, and up to three years of supervised release. The sentencing is scheduled for May 8 in Alexandria, Va.

On Friday, a story in the Times of Northwest Indiana identified the candidate in question as Brent Waltz, a former state senator from Greenwood, who ran an unsuccessful campaign for a congressional seat during that period.

Also on Friday, the IGC sent Casino.org a statement that said, in part, it was ” … aware of information contained in court filings in the Eastern District of Virginia [Thursday] referencing an Indiana gaming company based in Indianapolis in 2015, which we understand to be Centaur Gaming. Certain key people in that company now own and operate Spectacle Gaming, the holder of the Majestic Star Casino license in Gary …”

Keeler did not return a message to Casino.org seeking comment before this story was published.

In a statement to Casino.org, Hard Rock said it was aware of the article the Times initially published.

“We look forward to reviewing the facts related to the implications when they become available and will determine our best course of action at that time,” the company’s statement read.

State Sen. Jon Ford (R-Terre Haute) was one of the principal lawmakers who shepherded the expanded gaming bill through the legislature last year.

On Friday, he told Casino.org that the allegations and the IGC investigation did not raise any red flags regarding the proposed Vigo County casino and that he was “comfortable with [the commission] slowing things down to further investigate their concerns.”

Ford said he had not had a chance to read the Times report, but remained confident in the Spectacle-Hard Rock project.

“I think it’s all part of Indiana’s process,” he told Casino.org. “Everybody in the gaming industry knows where we are a very tough state in terms of our background checks and our security, and I support the gaming commission taking time to look into this. But I think at the end of the day, it’ll all work out.”

This is not the first time Spectacle has been associated with controversy.

In March, The Indianapolis Star reported that Ratcliff twice in 2018 flew Gov. Eric Holcomb on his private jet to Republican Governors Association (RGA) meetings in Colorado and Arizona. The flights gave Spectacle officials access to Holcomb before they announced their intention to buy the Gary casinos.

The company said it did not violate any ethics rules, with Keeler telling the Terre Haute Tribune-Star in March that the flights served as in-kind contributions to the RGA.

“It was like giving a friend a ride, it just happened to be a plane ride, but everybody was going to the same place,” Keeler told the Terre Haute paper at the time.

In September, a couple of weeks after the IGC initially approved Spectacle’s request to move inland, Hard Rock officials delayed finalizing an agreement with the company until the global gaming company’s compliance committee could review properties acquired at tax sales that were potentially slated for one of their casino locations.

By late October, Hard Rock eventually cleared the land deals and signed off on the project, but the delay required Spectacle to reapply for approval to move inland. The IGC approved that request at its Dec. 17 hearing.

The ability to move the Gary casinos, which each have their own license, came from the expanded gaming law passed by the state legislature last year. The law required Spectacle to release one of the licenses and pay a $20 million relocation fee in installments to build a land-based casino.

The law then set aside the other Majestic Star license for Vigo County. Residents there overwhelmingly passed a referendum to allow a land-based casino in the central Indiana community on the Illinois border.

If the IGC approves the Vigo County license to Spectacle, it will have to pay a $5 million fee for the license.