The deadline to seek the license for Indiana’s next casino struck on Monday, and sources tell Casino.org that only one company ended up applying for it. 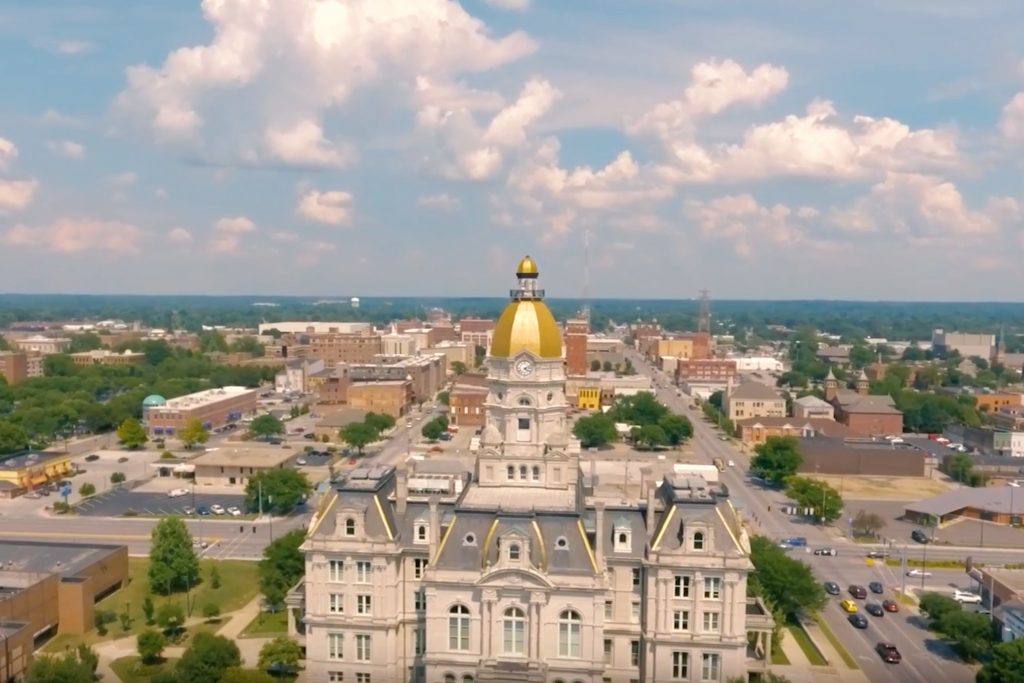 Terre Haute will likely be the location of Indiana’s next casino. On Monday, Vigo County officials signed off on an agreement with Spectacle Jack LLC, which is the only company seeking the gaming license for the community located on the Illinois state line. (Image: Indiana Public Media)

Spectacle Jack is associated with Spectacle Entertainment, which previously held the now-open license when it was tied to the Majestic Star Casino in Gary. In August, the Indiana Gaming Commission (IGC) approved Spectacle’s plan to move its operations from two riverboats on Lake Michigan to an inland location.

The move allowed Spectacle to consolidate the Gary casino under one license and return the other the IGC.

An expanded gaming law passed by the state legislature in the spring earmarked that license for Vigo County, and after voters in the county voted by a nearly 2-to-1 margin, the IGC announced it would accept applications for the license.

Spectacle had made its intentions clear from the onset that it would seek the Vigo County license, which will likely lead to a casino in Terre Haute. The company has already announced that Hard Rock, its partner for the Gary casino, would serve as its operator for Terre Haute as well.

The fact that only Spectacle applied for the license did not concern state Sen. Jon Ford (R-Terre Haute), who served as one of the principal architects for the gaming law that also brought sports betting to the state.

I think it was a testament to Spectacle’s hard work to provide a top-notch application,” Ford told Casino.org. “Partnering with Hard Rock shows they went all out to find great partners.”

A local political action committee that helped organize support for the vote has said it expects the new casino to represent up to a $150 million construction project.

Also on Monday, the Vigo County Board of Commissioners approved a local agreement between the county and Spectacle.

As part of the agreement, Spectacle agreed to return to the county 3 percent of the casino’s adjusted gross receipts and a similar percentage of the net commission it receives from a sportsbook or sports betting app tied to the casino.

That revenue would go to a nonprofit called the Vigo County Community Improvement Foundation. Its board would include a County Commissioner, a Terre Haute City Council member, a representative from the Terre Haute Chamber of Commerce, and two individuals picked by Spectacle. The foundation would work to support the joint city-county community plan, a public-private partnership that looks for ways to improve the region.

Keeler told Casino.org that his interpretation of the Indiana gaming law meant that the company needed to include the agreement as part of its application package.

While the IGC does have a meeting scheduled for this month, it’s more likely that the commission would act on the application early next year.