All over the United States people are involved in sports betting, but they’re principally in the black market, a state casino regulator said Wednesday.

Matthew Schuler, executive director of the Ohio Casino Control Commission, said he was in Cleveland a month ago, where gaming industry’s big shots discussed the potential for legalizing sports betting in Ohio, after a recent Supreme Court decision that licensed the games outside Nevada. Two bills in the Ohio General Assembly have been introduced to legalize sports gambling. 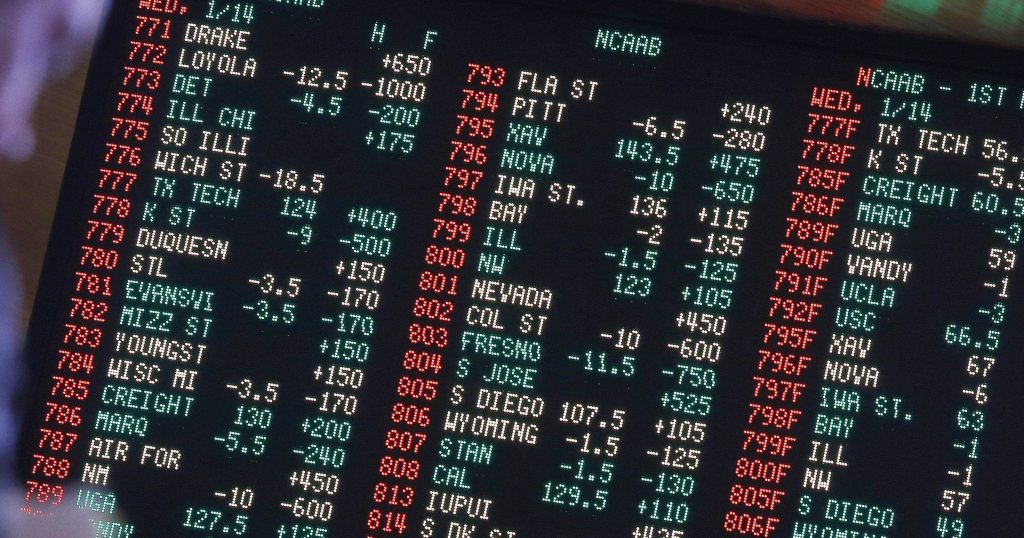 First reported by Cleveland.com, Sens. John Eklund and Sean O’Brien introduced the legislation. Interesting enough, one of them is a Republican and the other is a Democrat. Eklund is the chair of the Ways and Means Committee, a influential position in any legislature. Unlike quite a few states whose legislatures have recessed for the year, Ohio’s lawmakers are working through the summer and this means there is a good chance sports betting could be legalized by the upcoming football season or maybe by the Playoffs in January.  Finalized versions of either bill won’t be prepared until September.

The senators also said they want to have a working bill later this summer or fall. The Ohio Legislature is in session for a short time in both August and September before returning for six days each in November and December, after elections.

Meanwhile, online sports betting website Bovada, which Schuler said is run out of Latvia, has a popular sports gaming app. Experts in gaming believe for Ohio to be successful, public policy has to be crafted “to give those individuals a reason to leave the black market and come into the light and participate in legal, regulated games,” Schuler said.

Ohio, with a population of more than 11 million, would be fairly large market for sports betting. The state has a variety of land-based and race-track casinos, which O’Brien said, would be the likely target. Ohio also has a lottery, but it’s not clear if it’s going to get involved in wagering. Lotteries have expressed different levels of interests in sports wagering around the country.

O’Brien’s district is close to Pennsylvania, which has legalized sports betting. He would like the bill to pass soon to keep the business and revenues in Ohio. Ohioans passed a constitutional amendment to allow casinos and don’t have an aversion to gambling as residents do in Utah and Hawaii – the only two states with no form of live gambling.

Per Gambling911.com, the gambling news site have already confirm that there is substantial interest in sports wagering among Ohio eastern most populous as queries have increased substantially in this area for nearby West Virginia alternatives. However, for now, Ohio residents will likely only have the international sportsbook or the ones like Bovada, who exclusively serve the American market, to bet on the upcoming main sporting events.