Tribal Casinos Ready to Get Behind Michigan Sports Betting


Michigan’s tribal operators are broadly supportive of sports betting in the state, at least according to State Rep. Brandt Iden  (R-Oshtemo Township). Iden is pushing legislation to legalize the market – but is Governor Gretchen Whitmer prepared to play ball? 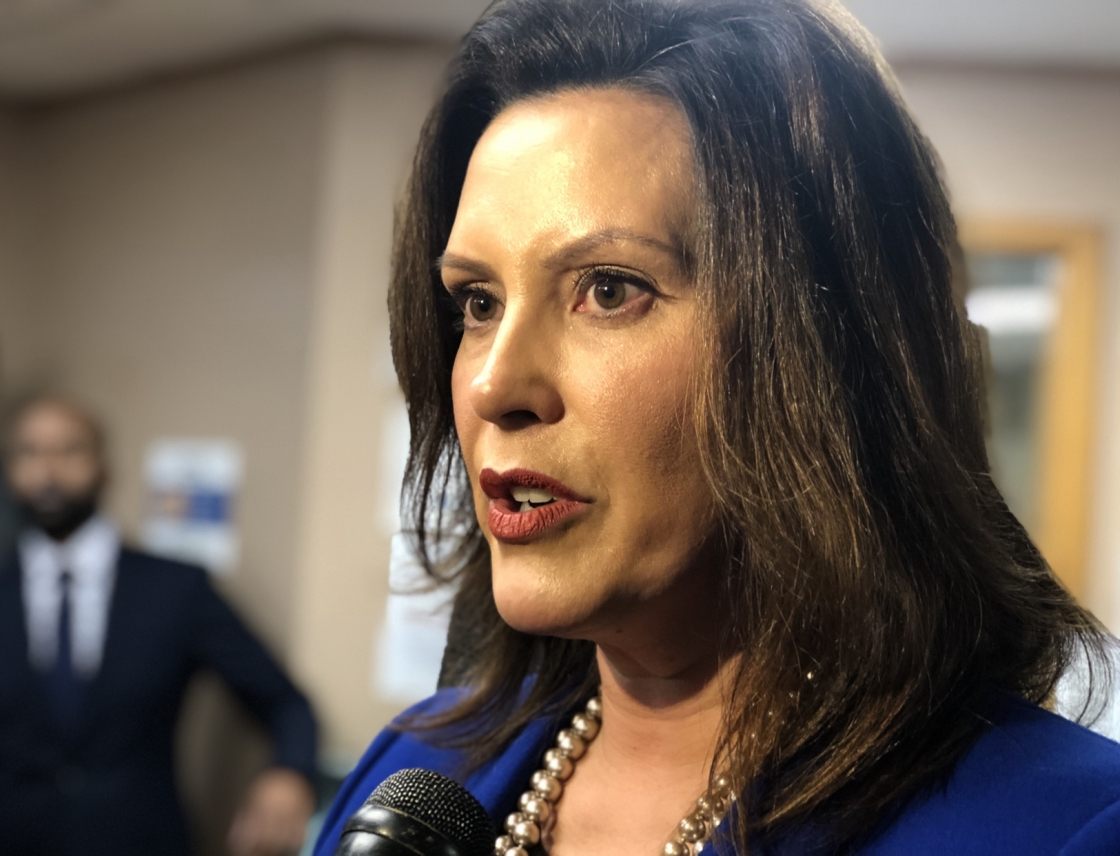 Michigan Governor Gretchen Whitmer is now negotiating over sports betting and online gaming taxation. But it’s unclear whether she is prepared to sign off on any legislation that ultimately lands on her desk. (Image: Riley Beggin)

Part of Iden’s task in preparing the ground for his bill has been to unite the state’s 23 tribal casinos behind it, a group notoriously mistrusting of state gambling expansion.

If the legislation displeased the tribes, they could threaten to withhold revenue share payments to the state on the grounds their gaming exclusivity, as set out in their compacts, was being violated. That would effectively kill the bill in the legislature.

The tribes paid $53.4 million to the state in 2018, which eclipses the $16 million to $20 million in tax revenues expected from sports betting.

Iden told The Detroit Free Press this week that the tribes were on board provided they were on a level playing field with the state’s commercial casinos from the get-go.

This highlights the need for tribal operators to be able to partner with international sports betting providers. That’s so they are not at an immediate technological disadvantage to gaming giants like MGM, which operates the MGM Grand Detroit.

Fears for the Lottery

But tribal contributions are just one concern for Gov. Gretchen Whitmer’s administration, which is worried that sports betting and online gaming, which is part of Iden’s gaming expansion package, along with daily fantasy sports, could cannibalize lottery sales.

Michigan’s lottery has been a success story, generating more than $250 million in proceeds since its launch for the state’s School Aid Fund.

In June, the governor released a state Treasury report that demanded almost double the taxes and licensing fees for online gaming and sports betting that Iden had suggested in his draft legislation.

It also requested that online slots be removed from any future online gaming market because they’re too close to some of the lottery’s digital offerings.

Back at the Table

Iden felt these demands would be untenable for prospective operators and other stakeholders, but that a compromise could be reached. But he was frustrated by the Whitmer administration’s refusal to sit around a negotiating table to thrash out an answer.

The bill that was eventually passed in the state House in October raised the tax rates to 8.75 percent for tribal casinos and 12 percent for commercial casinos, way off the 15 percent and 18.25 percent demanded by the Treasury report.

Now that the bills are with the state Senate, Whitmer has reportedly returned to the negotiating table, but her reservations linger.