Excursionists planning to take in the delights of Atlantic City’s Borgata Hotel & Casino have instead recently found themselves broken down on a dirt track in the middle of nowhere. That’s thanks to their blind faith in the Waze navigation app. 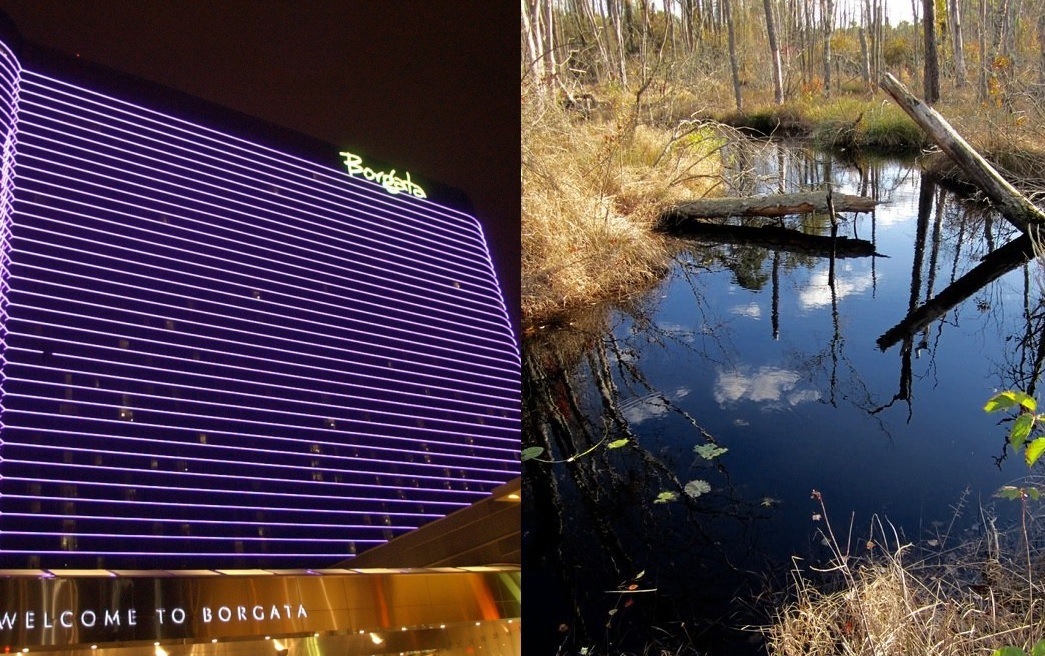 “Nowhere,” in this instance, is the Colliers Mills Wildlife Management Area, which offers little in the way of fine or even casual dining, and no sign of a slot machine for 90 miles.

In a Facebook post on Monday, the Jackson, NJ Police Department reported a “tremendous increase” in broken-down vehicles in the 12,000-acre wildlife area, located in Jackson and Plumstead Townships in the Garden State.

The culprit? An ad on the Waze app that posted the correct address for the casino resort – 1 Borgata Way, Atlantic City – but pinned it to the middle of Colliers Mills, 90 miles to the north.

“Currently, the app is sending motorists into the wildlife area, onto unpaved roads, which eventually lead to [their cars] becoming disabled,” police wrote.

“Please take extra care when selecting locations listed with the orange ‘Ad’ logo in the corner or places which have multiple names, with the same address; however are considerable distances apart.”

It’s unclear exactly how many Borgata-bound travelers were knocked off course by the GPS snafu. Police said “most” who ended up in the New Jersey wilderness appeared to be coming from New York and northern New Jersey.

In that case, you would expect them to have known that the Borgata is approached by the Atlantic City Expressway, and not via some windswept dirt track.

But they’re not the first to succumb to a serious GPS snafu, and they won’t be the last. In 2018, Sabine Moreau, a 67-year-old Belgian woman, set off to pick up a friend in Brussels, less than 90 miles from her house, when her navigation system advised her to take a detour.

Two days and 900 miles later, she began to suspect something was amiss when she entered Zagreb, the capital of Croatia. Moreau’s “detour” had taken her across five international borders.

In 2009, a Swedish couple heading for the golden beaches of the Italian island of Capri arrived 400 miles north in the busy industrial town of Carpi, asking directions to the island’s famous “Blue Grotto.” It seems they were the victims of a GPS typo.

“It’s hard to understand how they managed it. I mean, Capri is an island,” Giovanni Medici, an incredulous spokesman for Carpi regional government, told Reuters shortly afterwards.

Three Japanese tourists also failed to grasp the concept of “an island” when, vacationing in Australia, they headed for North Stradbroke Island in a rental car, using their GPS as a guide. But the navigator failed to mention that the island is separated from the Aussie mainland by a nine-mile body of water. The tourists plowed on regardless, until they became stranded in six feet of water, forcing them to bail out and abandon the mission.