Bookmaker Taking a Hit From World Cup, While Bettors Are Elated

Online sports betting companies are not jubilated over defending World Cup champion Germany’s early exit from the World Cup. They’re worrying that a win for Brazil is more likely. Indeed, Brazil, who beat Mexico in the round of 16 are now +275 favorites, according to Bovada Sportsbook, to win their sixth World Cup in their history but will face stiff competition as Belgium, Uruguay and France could stand in their way before reaching the final match on July 15. Football fans especially in England – might be over the moon about Germany’s early exit from the World Cup, but the bookies are taking a different view. 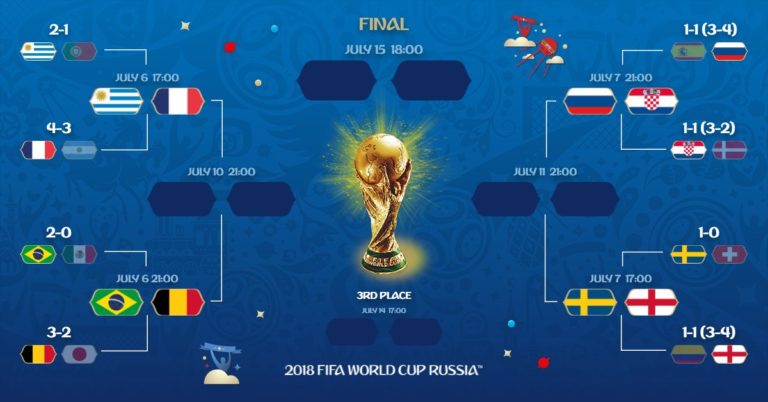 The early elimination of Die Mannschaft means that online bookmakers could be facing a theoretically much greater payout if favorites Brazil win the tournament. Germany has been nothing but trouble for online betting companies at this World Cup. Having lost its first game to Mexico, it had to beat Sweden in the second group game to stay in the tournament. Sweden scored first and with a minute to go in the game it was 1-1. Then Toni Kroos scored a spectacular winner, leading to William Hill’s biggest loss of the tournament so far. “The German winner was our biggest single change of fortune,” said a spokesman. We were two minutes away from winning £2m ($2.64m) and we ended up losing £4m ($5.28m).

And the bookmakers didn’t get the money back when the Germans slid feebly out of the tournament against South Korea when they were ousted out of the tournament with a stunning 2-0 loss to the Asians. With the 2014 winners long odds-on before the kick-off, there was no heavy betting on the game, leaving the bookmakers worried that Germany’s exit has increased the chances of favorites Brazil winning the tournament. “Germany being knocked out hasn’t really affected us in terms of payout,” said Peter Spencer of Betfred, “but it has increased the chances of Brazil winning, which has got us sweating.”

There were no such apprehensions among the fans. “What is the German for Schadenfreude?” asked several papers in the UK, remembering far too many discomfiting exits at German hands. And you can’t expect the fans to feel sorry for the bookies, with Germany’s late winner costing plenty of the online betting companies’ substantial pay-outs. In fact, Bet365 reported losing eight figures (over $13m), and Kindred was another firm to report heavy losses as England, Belgium, and Mexico all won as expected in their respective fixtures with plenty of punters having combined them in doubles and triples.

In the UK, the bookmakers are also facing heavy liabilities over English striker Harry Kane. Originally a +1600 chance for the Golden Boot -the leading scorer in the competition-, the Tottemham Hotspur striker is now as low as –125, thanks to a hat-trick against Panama. With Cristiano Ronaldo and Romelu Lokaku both on four goals, this looks like another market that could go badly wrong for the bookmakers. Kane added to his tally with another goal against Colombia on Tuesday and with Ronaldo out of the tournament, only Lokaku has a chance to overtake the striker but will need at least three more goals surpass the Englishman who is still in the tournament.