Sports betting is legal in 14 states across the country, but even if you don’t live in – or near – one of them, you can still take part in some legal contests for Sunday’s Super Bowl. And the good news is, you won’t have risk any of your money to take part in them. 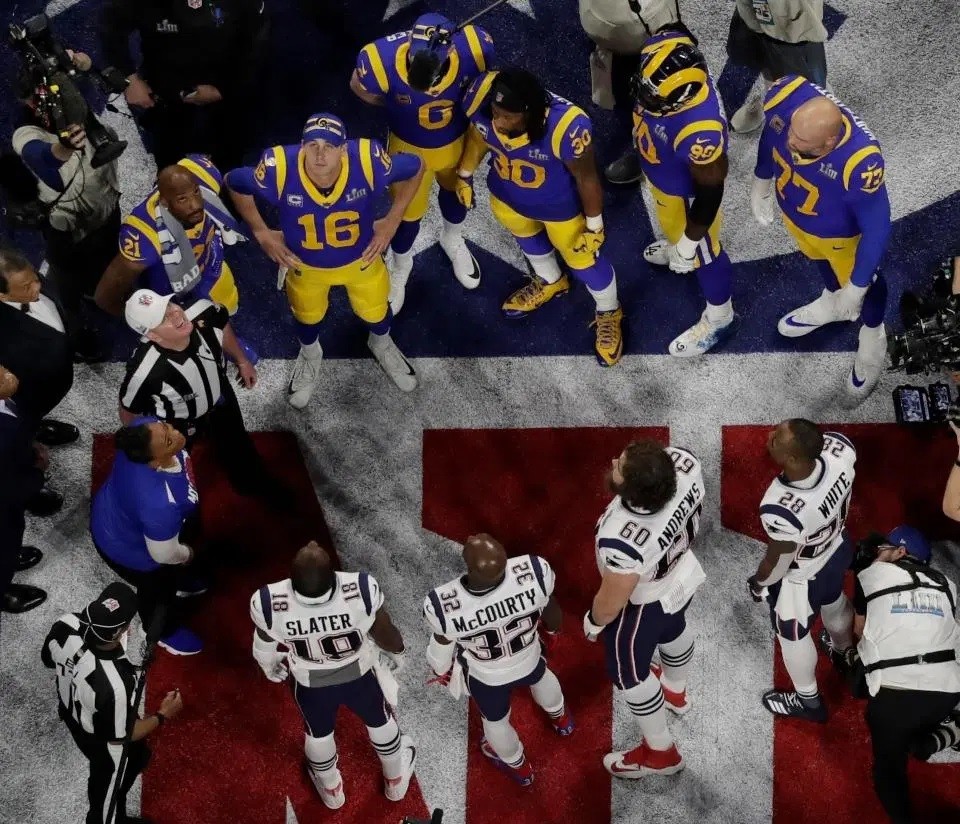 If you can correctly predict the outcome of the Super Bowl coin flip, and other things, you could win prizes from FanDuel or Bet America in their free-to-play contests. (Image: Associated Press)

It’s no secret that Americans like to gamble on the Super Bowl. Only the NCAA Tournament commands more betting dollars, but March Madness takes place over three weeks. For three hours on Sunday, most of America will be consumed with what’s happening at Hard Rock Stadium.

Surveys have shown that those who bet on games tend to be more engaged in watching them. So, if you need some motivation to watch the Kansas City Chiefs play the San Francisco 49ers, here are a couple of sites where you can still play.

DraftKings is for Squares

DraftKings is offering a squares jackpot, where participants will win a share of a $54,000 jackpot.

In a squares game, a 10-by-10 grid is drawn. People select a square in the grid. Once filled, numbers are randomly drawn for each axis, meaning each square has unique coordinates. The winner is determined by who has the last, or only, digit in a team’s score. For example, if the halftime score was San Francisco 14, Kansas City 10, the winning square would be the person who has SF4 and KC0.

If picking prop bets is more your style, then FanDuel and BetAmerica both have you covered for the Super Bowl.

FanDuel’s game asks people to make 15 predictions regarding the Super Bowl. The predictions are a mix of over/unders, like how many passing yards will each starting quarterback have, and questions on game events, such as what will be the position of the player scoring the first touchdown.

Anyone getting 12 of 15 right will win $100 site credit for either FanDuel’s sportsbook or daily fantasy site. Those who correctly guess all 15 questions will win up to $15,000.

BetAmerica asks more questions, but the prize is a lot bigger, too. Anyone who can correctly guess the outcomes of 24 game events will win or share a $1 million prize.

Hopefully, one of our players will become an instant millionaire and celebrate along with the winning team on Sunday,” said BetAmerica President Ian Williams said in a statement promoting the contest.

Questions BetAmerica asks include whether the total score will be an odd or even amount, who will win the coin toss, and whether the toss will land heads or tails.