Japan’s Hokkaido prefecture has dropped out of the bid to secure one of the country’s three casino licenses, citing environmental concerns. 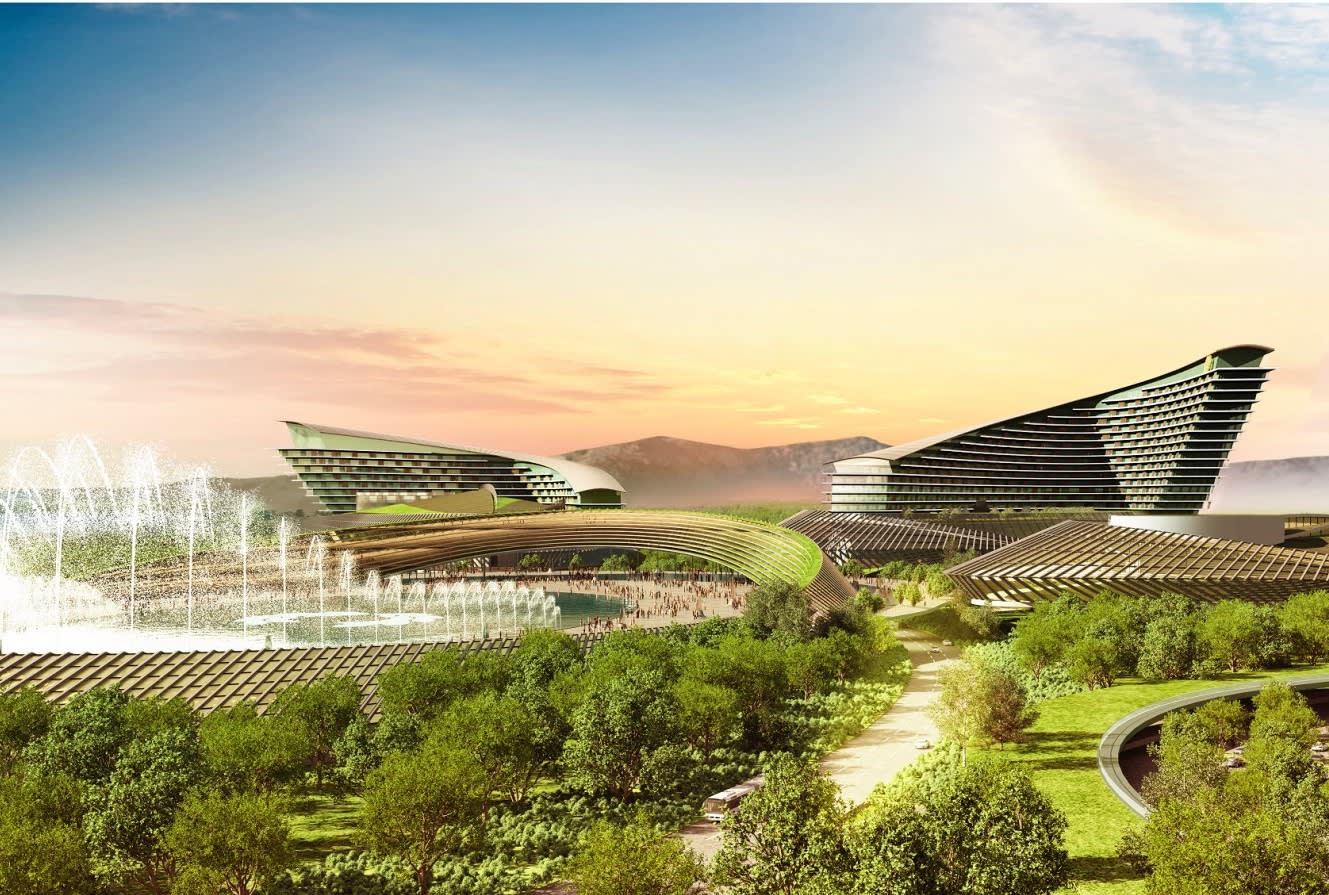 An artist’s rendering of Caesars’ vision for a Hokkaido casino in the city of Tomakomai – all now academic. (Image: Caesars Entertainment)

The news will be a blow to Connecticut casino operator Mohegan Sun, which last month showed its commitment to partnering with the prefecture on a resort project by opening an office in the city of Tomakomai.-

Caesars and Hard Rock were also courting the prefecture.

Hokkaido’s governor, Naomichi Suzuki, hoped to build an environmentally friendly casino in Tomakomai, close to New Chitose Airport. But he conceded Friday that the research necessary to pull off such a project would take too long and did not fit with the central government’s timelines.

Hokkaido is Japan’s largest and most northerly prefecture, comprising the entirety of the country’s second-largest main island.

According to Kyodo News, locals have expressed concerns about the impact construction would have on the ecology of nearby Lake Utonai and the surrounding area, which is on a list of internationally protected wetlands.

An environmental impact assessment of the project would take three years to complete, while the kind of sprawling multipurpose integrated resort the central government has in mind would take another four to five years to build.

The Japanese government has said it will begin considering bids in 2021, which means the viability of the Hokkaido project could not be confirmed in time, which would pose an impediment to the prefecture’s chances.

Even if the government were prepared to cut the prefecture some slack, the project would be unlikely to be completed before 2028, which could equate to millions in lost tax revenues.

Meanwhile, a group of concerned Hokkaido citizens has submitted a petition against the casino that has been signed by 20,000 locals. The results of a poll published Monday showed that 66 percent of respondents said they had serious concerns about the project.

“An integrated resort in Hokkaido which would coexist with nature has big potential. But I thought it would be impossible for us to give due consideration to the environment in the limited period of time before the government selects the locations,” Suzuki conceded Friday.

Regional and city governments are required to partner with one private casino operator via an open tender process before submitting a joint integrated proposal to central government.

So far, eight municipal and regional governments have either committed to or expressed interest in submitting a bid, including Osaka, Yokohama, Tokyo, Wakayama, Prefecture and Nagasaki Prefecture.

They’re currently being courted by numerous international operators, all desperate to buy a piece of what could quickly become the second-biggest casino market in the world.

The government is asking that prospective integrated resorts include a hotel larger than existing luxury hotels in Tokyo, a convention space capable of accommodating 3,000 people, and a casino floor that represents no more than three percent of the entire facility.